Having revealed the music video teaser for ‘Jam Jam‘, IU continues to tease for her upcoming fourth album! This time, she has revealed cover photos for her upcoming second pre-release track, ‘Love Is Well‘. Check out the images below! 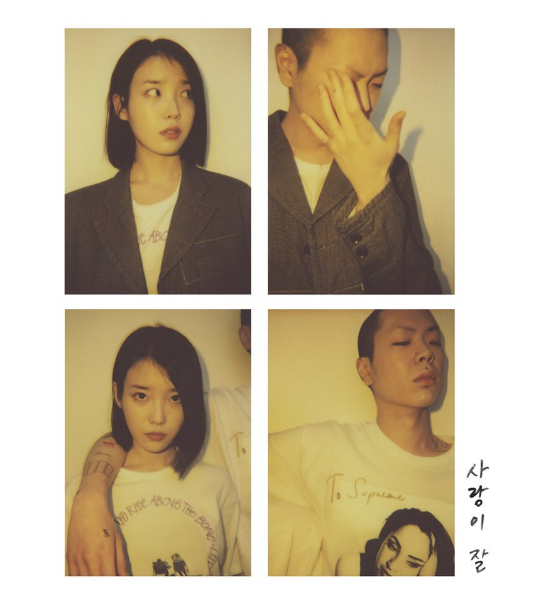 In this image, it is evident that for this upcoming second pre-release track, it will be a collaboration between IU and Hyukoh‘s Oh Hyuk! They are both featured in the cover photos where both of them are wearing matching outfits! In the first half, both are wearing a blazer, which looks quite big on IU. She is seen glancing over at Oh Hyuk. Whereas he has a sour face expression on! It surely is a mystery as to what is happening in the image!

The second half of the image, they both are looking very chilled in the white t-shirts! Oh Hyuk has his arm over IU, as she stares deeply into the camera! It will be exciting to see what the two will showcase in this track! They both have amazing voices so it is guaranteed that this collaboration will be a jam!