Jung Daehyun has released more teasers for upcoming mini album! The former B.A.P member has released a countdown poster and a highlight medley.

Daehyun will make his solo debut on the 5th of April with his first mini album ‘Chapter 2″27″‘.

Check out both teasers below!

The tracks on Daehyun‘s first mini album are as follows:

All tracks on the album are composed by Daehyun, W.E with Lee Suah participating in the fourth track ‘When You Call‘. Daehyun has also participated in the lyric making of all songs making this album one that truly conveys his feelings.

‘Happy Dreams’, ‘너는 내게‘ and ‘Empty‘ are emotional and heartfelt. Daehyun pours his sincere feelings into these songs and listeners will no doubt be able to feel this. ‘When You Call‘ is still emotional but it has more of an upbeat vibe to it, making listeners feel relaxed and calm.

Daehyun has also released a poster counting down to his solo debut. Check it out below. 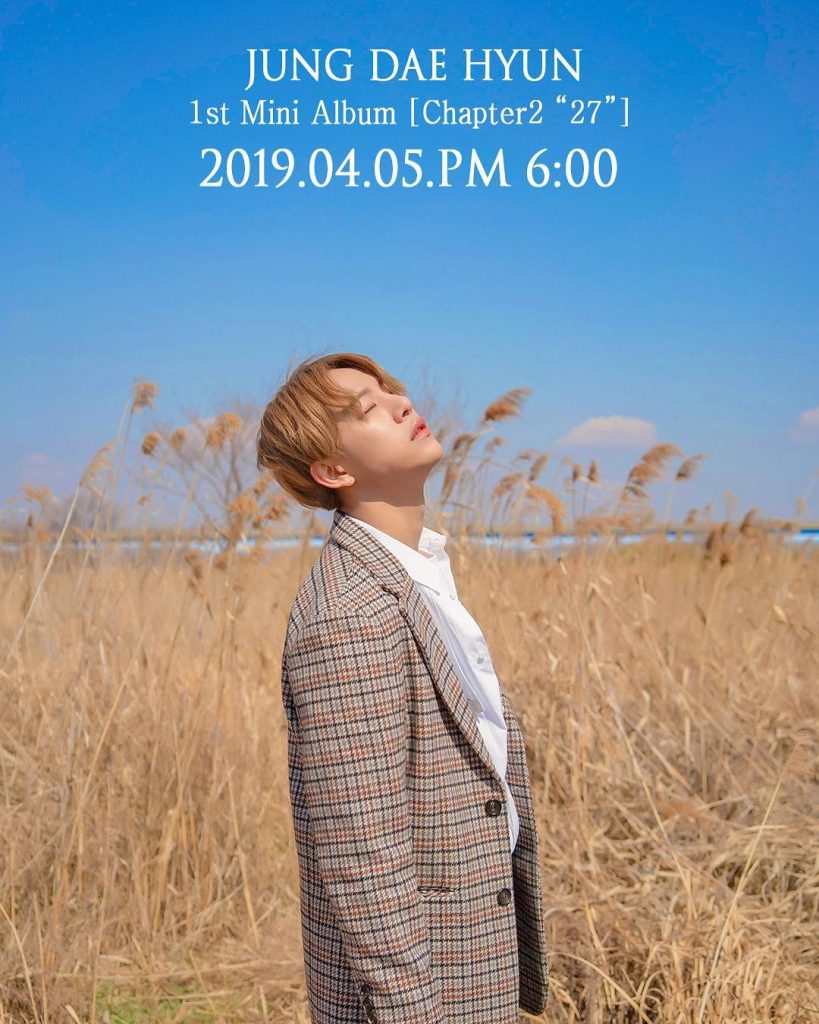 Are you looking forward to Daehyun‘s first mini album? Tell us in the comments below!