Jeong Se Woon drops his schedule ahead of his debut!

Jeong Se Woon drops his schedule ahead of his debut!

‘Produce 101‘ season 2 contestant, Jeong Se Woon has recently confirmed his solo debut! To get fans hyped for his debut, he has dropped the schedule. This will gives fans something to look forward to in the next follow days. So, check it out below! 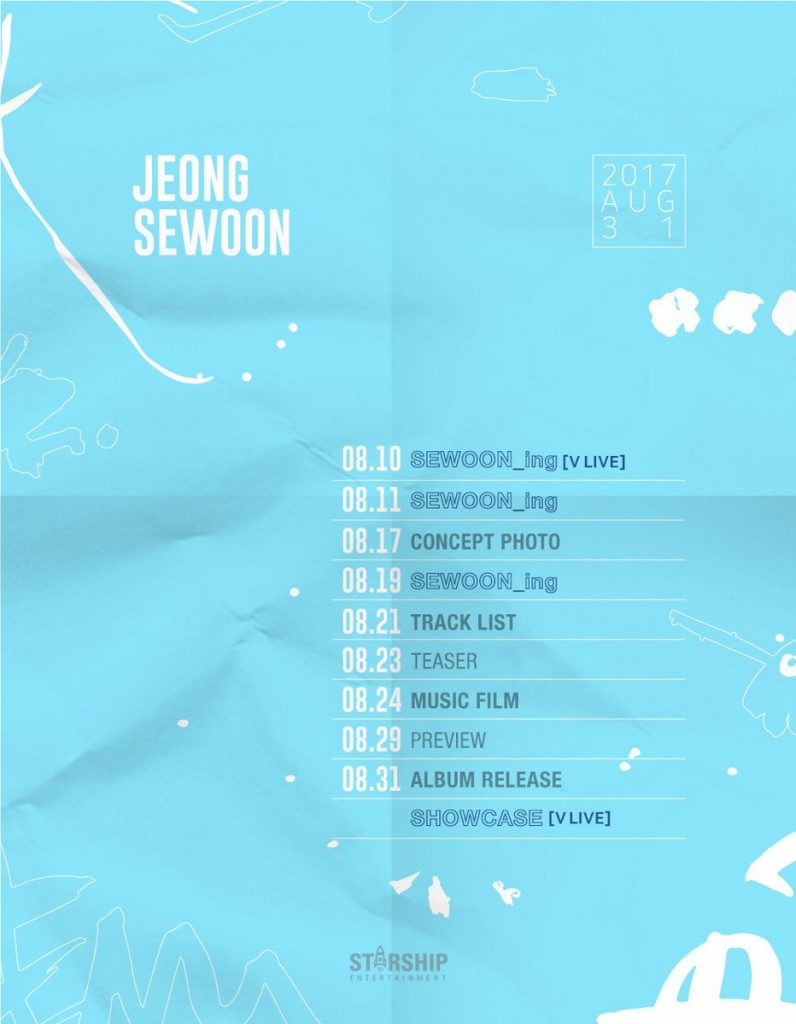 More details on his debut mini album will be revealed. This includes the track list, teaser and an album preview on August 21st, 23rd and 29th respectively. Then, he will drop a music film on August 24th! There is quite a lot to look forward to in the next few days! So, be sure to be on a watch out.

What is so special about his debut is that his debut album will be split into two parts. In the first part, there will be many exciting Starship Entertainment artists that will  be featured on this album. This includes Primary, GroovyRoom, BrotherSu, MIND U, Duble Sidekick and a lot more. It will be exciting to see what kind of tracks will be featured on his debut album.

Jeong Se Woon has set his debut date for August 31st! Are you excited to see what he will showcase? Let us know in the comments below!

Scroll for more
Tap
PRISTIN’s Kyulkyung and Sungyeon wants to go ‘In’ and ‘Out’ in latest image teasers!
Momoland prepares fans for their return with their comeback schedule!
Scroll