Kinie.K has announced her return with a second single, ‘Stalking‘. She has dropped the comeback schedule. So, check it out below! 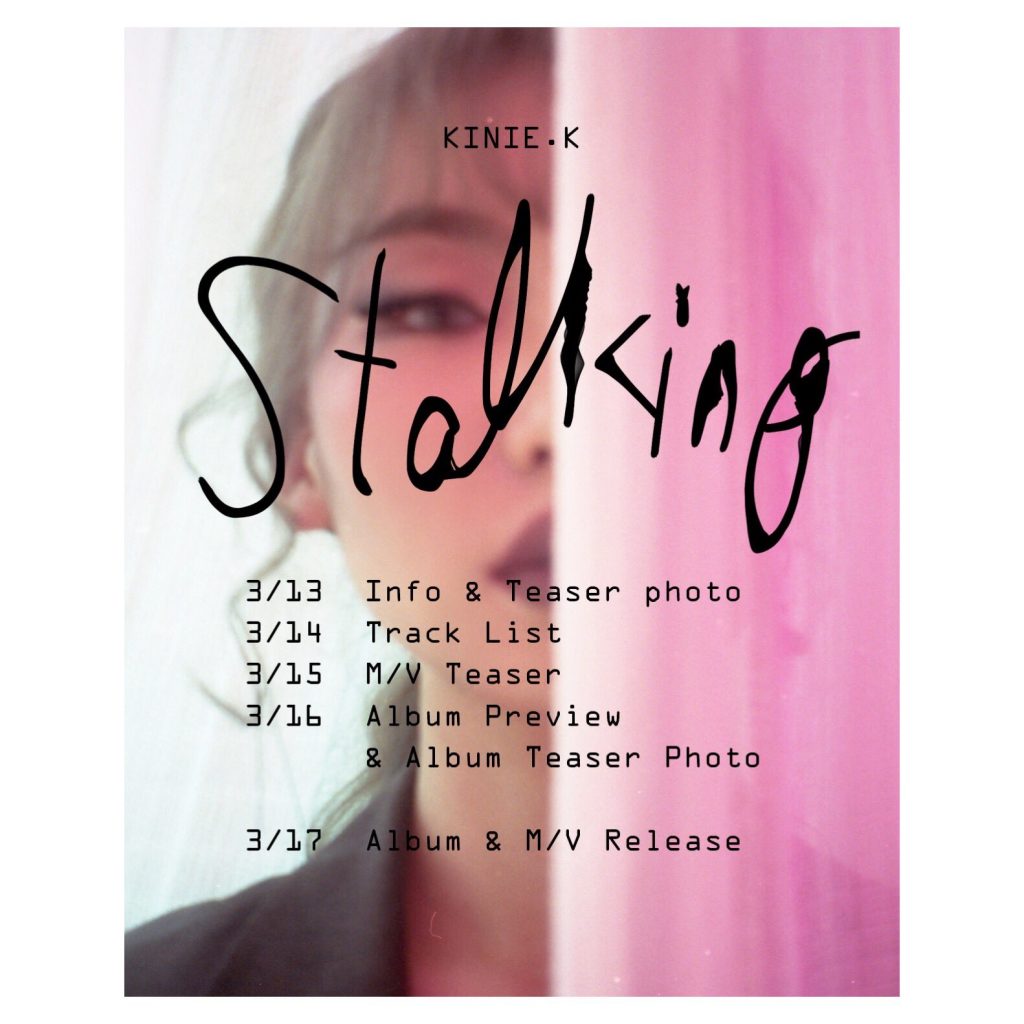 She has a few teasers that will get fans up and excited. She will be releasing an image teaser and information on March 13th. Following on will be the tracklist and MV teaser on March 14th and 15th respectively. Finally, she will drop an album preview and album teaser photo on March 16th!

Kinie.K will make her ‘Stalking‘ return on March 17th. Are you excited? Let us know in the comments below!