Lee Jin Ah gets ready to release a new album, ‘Jin Ah Restaurant‘. She has cleverly incorporated the restaurant vibe to her image teasers, as well as her tracklist. The tracklist has finally been revealed with the tracklist presented in a menu look. So, check it out below! 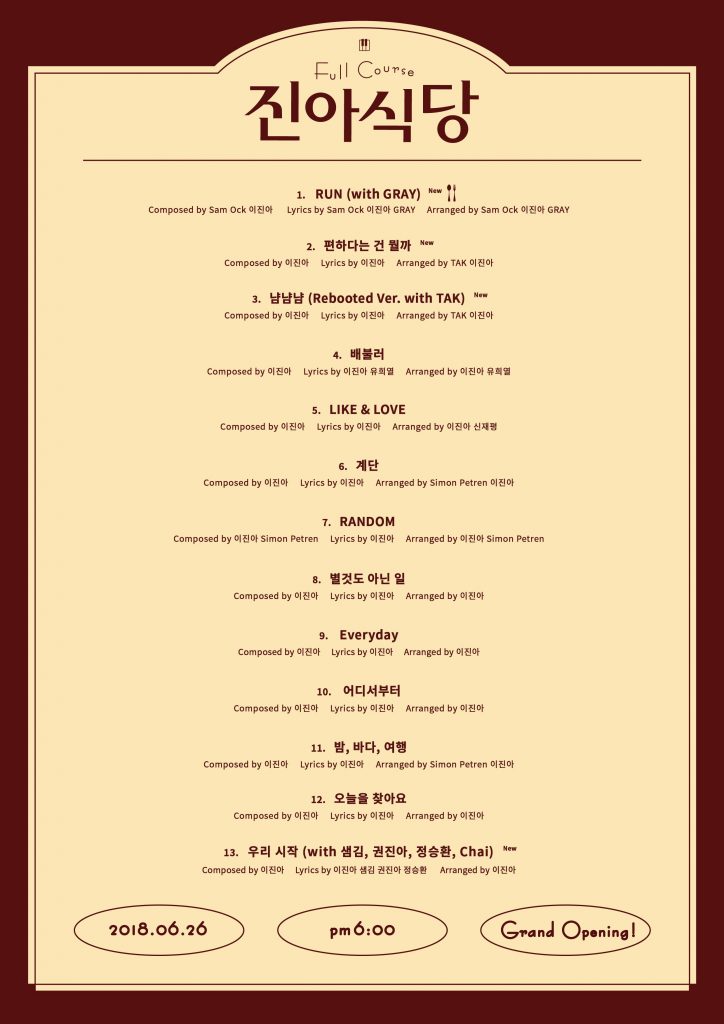 This album has a total of thirteen tracks. In particular, this album has four new tracks including ‘Run‘ featuring GRAY, ‘What Is Comfort?‘, the rebooted version of ‘Yum‘ featuring TAK and ‘We Start‘ featuring Sam Kim, Kwon Jin Ah, Jung Seung Hwan and Chai. This album also has her other tracks including ‘I’m Full‘, ‘Like & Love‘, ‘Stairs‘, ‘Random‘, ‘Nothing Special‘, ‘Everyday‘, ‘From Where‘, ‘Night, Sea, Travel‘ and ‘Looking For Today‘. 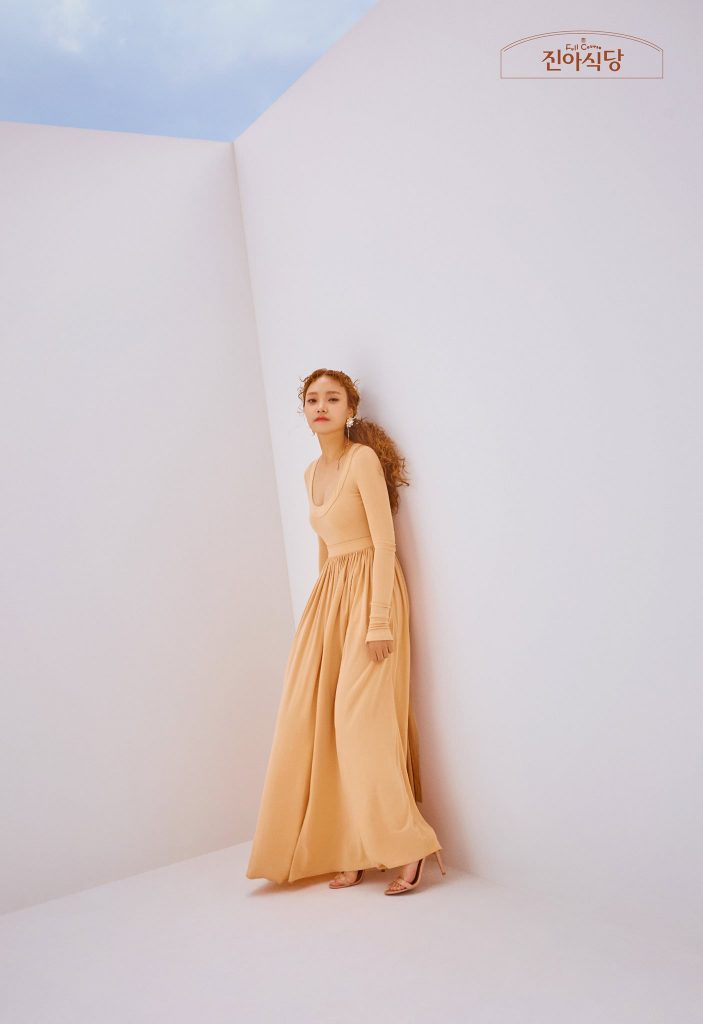 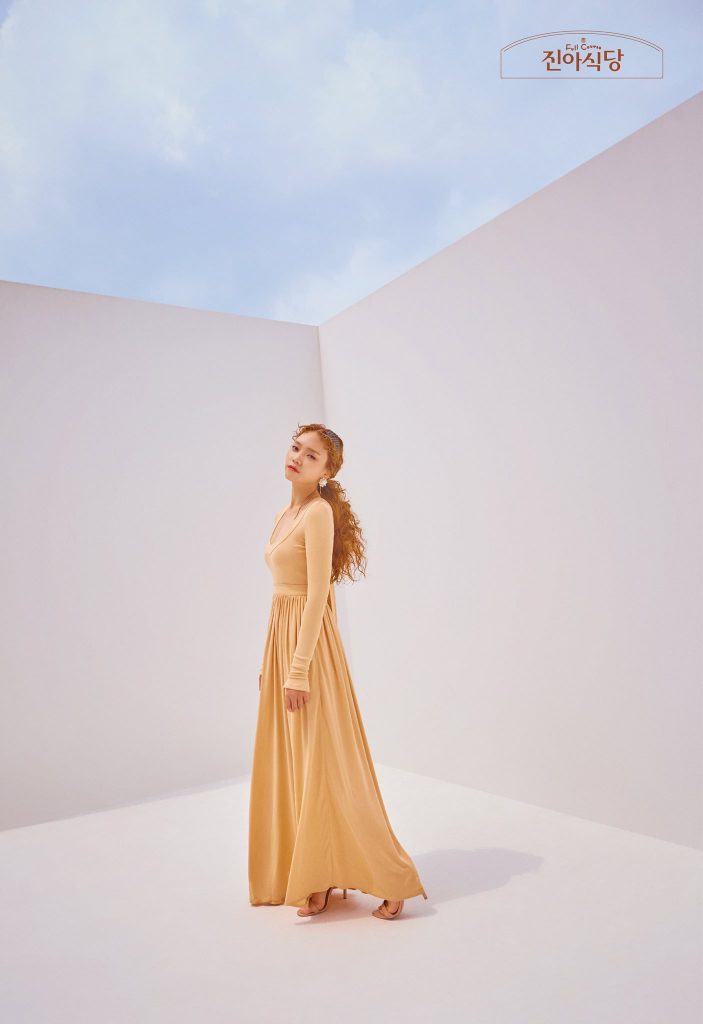 On top of that, she has also revealed new image teasers. She is seen in a lovely light yellow outfit that works nicely with the background. She is also quite beautiful in the dress. Even though the dress itself is simple, she is able to pull it off nicely and elegantly.

She will make her return on June 26th. Are you excited for her new tracks? Let us know in the comments below!