LUCENTE gets fans ready for their debut with a schedule announcement!

LUCENTE gets fans ready for their debut with a schedule announcement!

Yes, that is right! There is finally some news when it comes to LUCENTE‘s debut. They have dropped the debut schedule. So, check it out below! 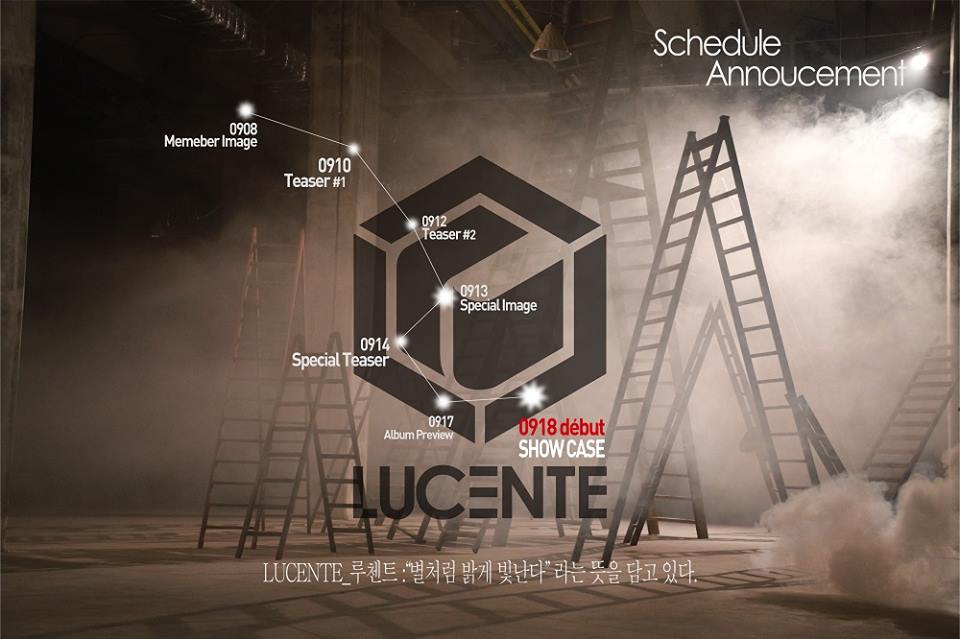 They will make their hot debut on September 18th with their debut showcase on the day! Are you excited? Let us know in the comments below!

Scroll for more
Tap
Lovelyz reveals a long tracklist for their instrumental album, ‘Muse On Music’
Pentagon will make you ‘Thumbs Up’ their mini album with new highlight medley
Scroll