MAMAMOO release track list for their next album ‘White Wind’

MAMAMOO release track list for their next album ‘White Wind’

Staying on track of their schedule released earlier that you can read more about it here, Mamamoo have just released their official track list of their upcoming comeback album called ‘White Wind’. The track list has seven tracks including an ‘Outro‘ and their title track ‘고고배베 (gogobebe)’. Take a look at their track list below! 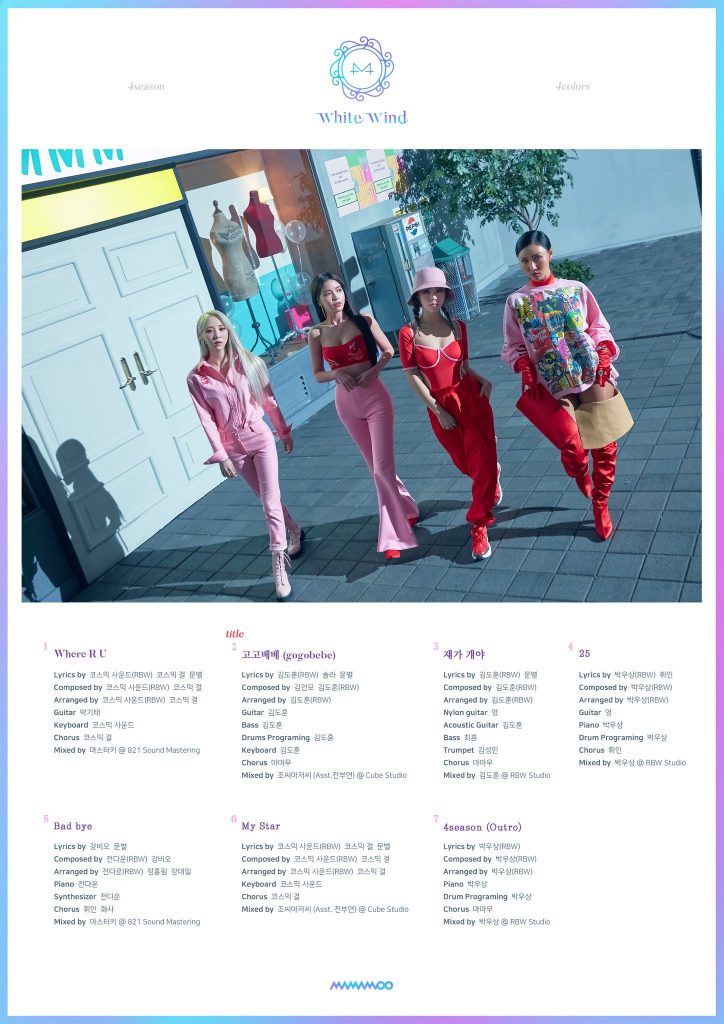 What do you think of the track list? What song are you most interested in hearing? Let us know in the comments below!

Scroll for more
Tap
VAV are thrilling men in first concept photos for ‘Thrilla Killa’
Wooseok and Kuanlin are all ready for their unit debut with ‘9801’
Scroll
Loading Comments...