MAMAMOO’s SOLAR debuts with a chic badass MV for ‘Spit It Out’! 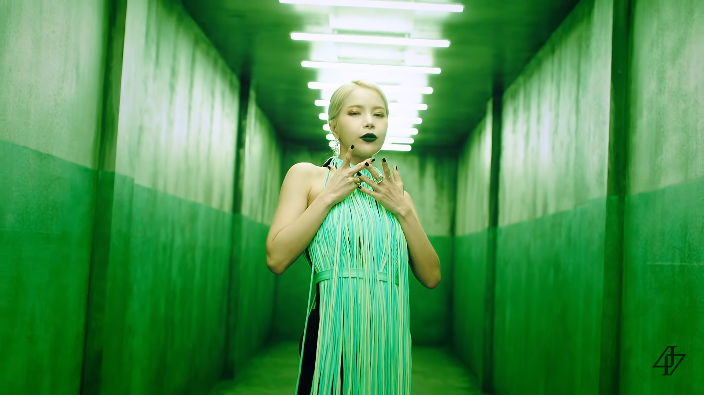 MAMAMOO’s SOLAR debuts with a chic badass MV for ‘Spit It Out’!

On April 23rd, MAMAMOO‘s Solar released the solo debut MV for her single, ‘Spit It Out’. Check it out below!

The song’s lyrics detail not needing to care what anyone has to say about you, and just being yourself. Simply let the haters ‘spit it out’ with whatever they have to say and forget about it.

The MV starts out with the scene found in her MV teaser with everyone dressed in navy blue outfits with claw like gloves to emphasise the hand movements in the choreography. Throughout the MV, we see multiple high contrast sets and outfits that feature sharp and chic choreography all centering around the MAMAMOO member. Some notable outfits include a golden two-piece with tall leather boots, a bright lime green dress, and multiple street inspired outfits with crop tops and denim bottoms.

What did you think of Solar‘s ‘Spit It Out’ MV? Let us know in the comments below!