MYNAME to return with their 6th Japanese album, ‘KISEKI’

MYNAME to return with their 6th Japanese album, ‘KISEKI’

Yes, that is right! MYNAME will be making their return with their 6th full-length Japanese album. To get fans excited, they have revealed their album covers, as well as information on this album. 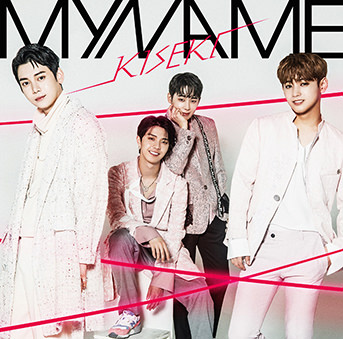 This album will in two editions. The regular edition will come with just the CD. The limited edition will come with a DVD, which will include 40 performances from their concert last year, ‘MYNAME Live 2017『MYNAME』 ～さよならからはじまるSTORY～‘. On top of that, this comeback will be with four members since fifth member Insoo is currently undergoing his military service.

This album will have a total of eleven tracks including the title track, ‘Wiz‘, ‘I For U‘, ‘Love Struck‘, ‘Sing It Out Loud‘ and ‘Kiseki‘. There is also a unit track called ‘Tonight‘, which is sung by member Seyong, Jun Q and Chaejin. Meanwhile, each member has their own solo track on the album including Jun Q‘s ‘We Are‘, Seyong‘s ‘Be My Lover‘ featuring Hwanhee, Chaejin‘s ‘Am I Not Useless?‘ and Gunwoo‘s ‘I Want To See You‘ and ‘Tokyo Wind‘.

Meanwhile, the group will make their Japanese return on July 25th. Are you excited? Let us know in the comments below!

Scroll for more
Tap
U-KISS’ Kiseop and Hoon give fans a previw into their ‘Train’ and ‘Milk Tea’ track
Ha Minwoo and Moonshine brings a summery vibe to their ‘Anywhere’ teaser
Scroll
Loading Comments...