N.Flying have released the track list for their upcoming comeback! The band announced they would come back with the third release in their Fly High Project.

The band will release their album on April 24th at 6PM KST. They have released a music video teaser, watch it here. 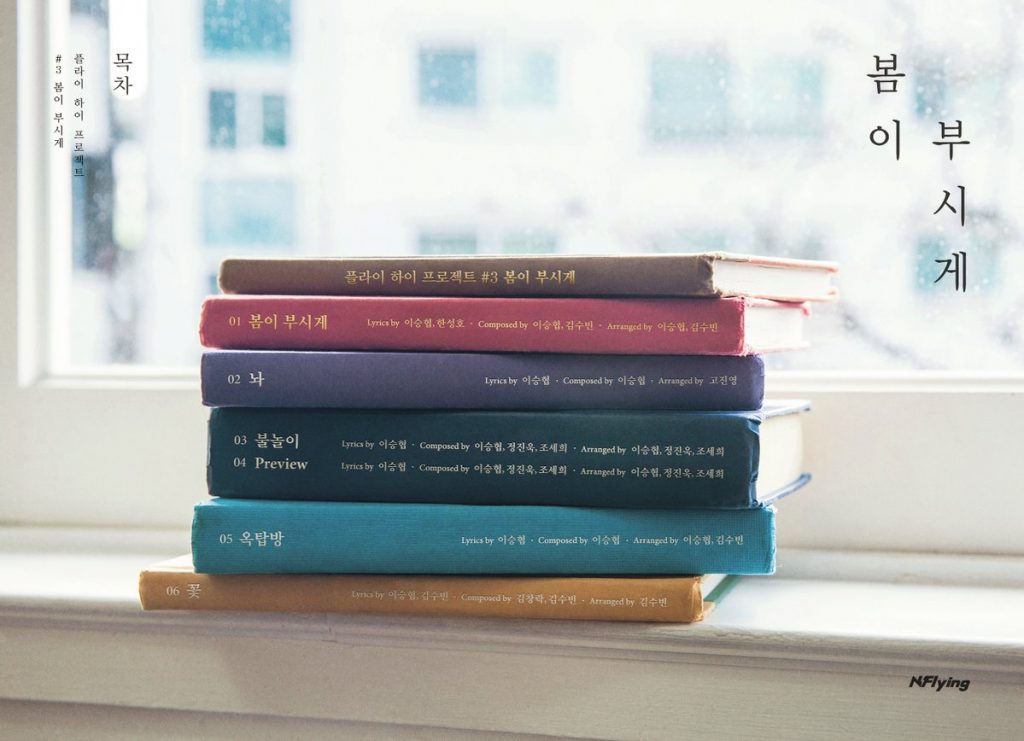 The mini album contains a total of six tracks. ‘봄이 부시게‘ (Spring Memories) is the title track of the album along with two new songs. The first Fly High Project release ‘Like A Flower‘ and second release ‘Rooftop‘ are also on the album.

How did you like the book theme of ‘Spring Memories‘? Tell us in the comments below!