NOIR is on ‘Airplane Mode’ for latest MV teaser

NOIR is on ‘Airplane Mode’ for latest MV teaser

NOIR has dropped the final individual teaser, as well as the MV teaser for ‘Airplane Mode‘. So, check that all out below! 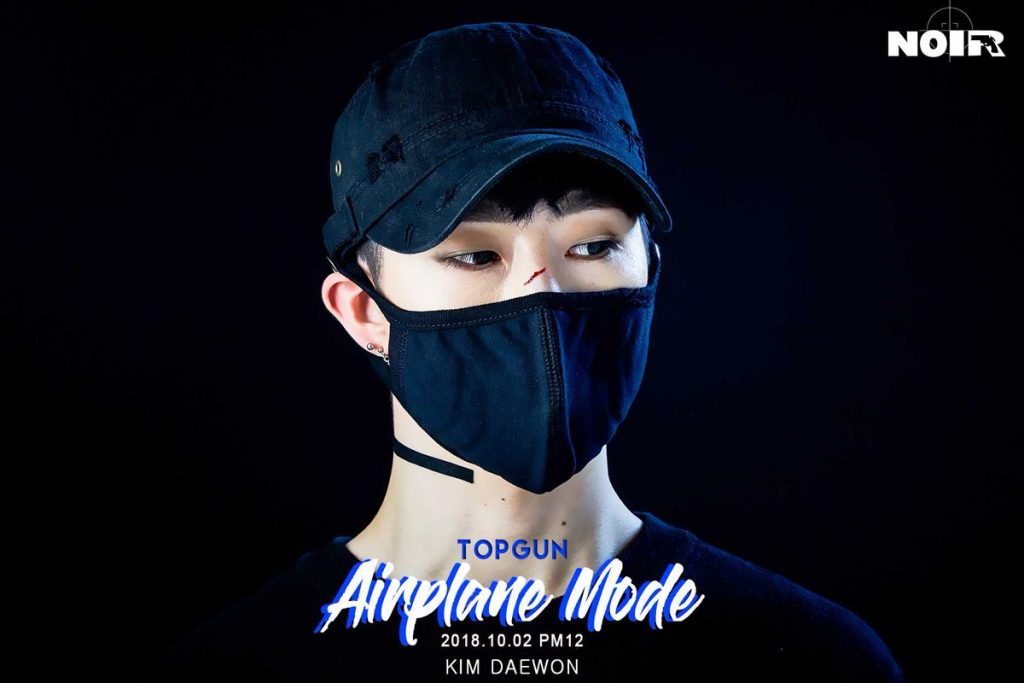 The final member to reveal his individual teaser is Kim Daewon. He is the final member to embrace the concept they are going for. He too looks amazing in the cap and the mask. He also looks amazing with the dark outfit, as well as the ting of dark blue on him. He definitely knows how to capture people’s attention using his eyes. Unlike the other members, he has a cut on his nose, giving it an edgy look. Especially with the black tape or paint across his neck helps enhance his look he is going for.

The video itself features him relaxing in a room with what happens to be a radio recording someone’s voice. It almost looks like he is done with his job and just wants to kick back and relax. Then, the lighting changes and we are hit with that strong beat that surely captures your attention, as well as Daewon‘s attention. It looks like he has found something interesting as he puts the headphones back on. They surely know how to keep their fans engaged to the end.

This music video teaser gives more than what we have heard before. It is quite soothing to listen to even though the beat itself is quite loud and is guiding the main melody. It works well with their intense dance. The music continues to build to the point that allows the group to showcase the beauty of their dance moves. It is mesmerising and surely leaves people more addicted than ever.

Meanwhile, NOIR is set to make their hot return on October 2nd. Are you ready? Let us know in the comments below!