NOIR gives fans a preview on their upcoming ‘TOPGUN’ album

NOIR gives fans a preview on their upcoming ‘TOPGUN’ album

NOIR has revealed the highlight medley for their upcoming ‘TOPGUN‘ album. So, check it out below!

So, this album has a total of six tracks including the title track, ‘Airplane Mode‘, ‘Intro‘, ‘Gift‘, ‘Break It‘, ‘Burning‘ and ‘Beautiful‘. The intro track is just so beautiful to listen to and it is what helps set the standard for the rest of this album. ‘Gift‘ is another soothing track to listen to. It is the perfect track to bring out their charms, as well as showcase how well they can sing. ‘Airplane Mode‘ is quite upbeat and it is the kind of track that will easily get people hooked and dancing toward it.

‘Break It‘ is all about the beats and the speed. It has people banging their heads towards it. It definitely is the kind of track that will have an exciting dance choreography to go with. ‘Burning‘ is another upbeat track with quite an intense melody. Especially with the strings that guide the melody, it helps enhance how emotional this track can get. Finally is ‘Beautiful‘ which is a beautiful track. It is quite soothing to listen to and it is the kind of track that fans would love to relax to. It is the perfect way to end the album. 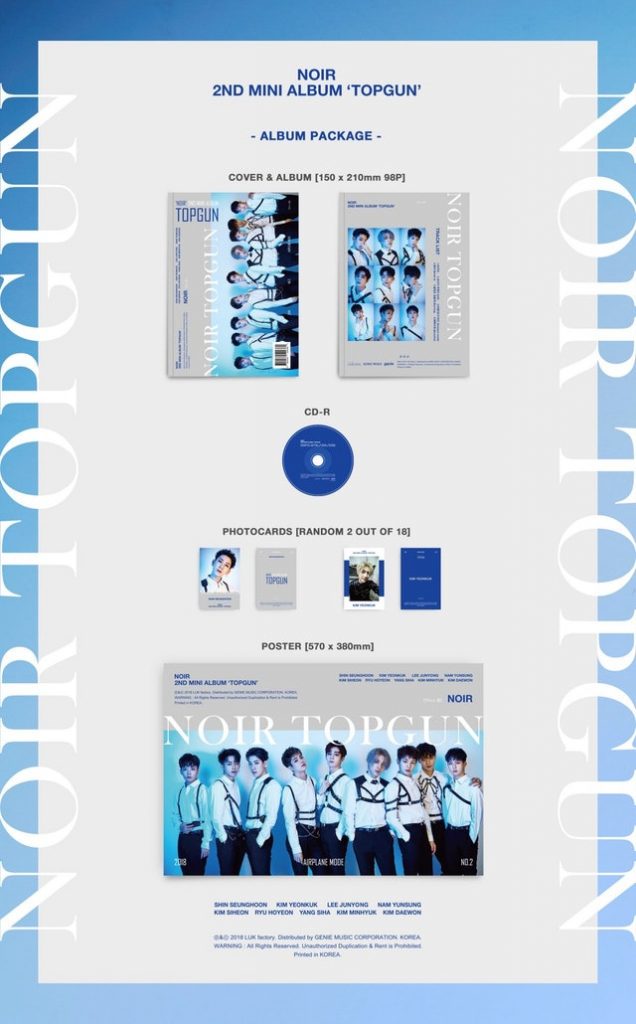 They have also dropped the album packaging details. The album comes with a CD, two random photo card and a poster.

Meanwhile, NOIR is set to make their hot return on October 2nd. Which track did you like? Let us know in the comments below!