Oh My Girl drops the comeback schedule for ‘Secret Garden’

Oh My Girl drops the comeback schedule for ‘Secret Garden’

Oh My Girl will be returning with their fifth mini album, ‘Secret Garden‘. To get fans prepared, they have revealed the comeback schedule! So, check it out below! 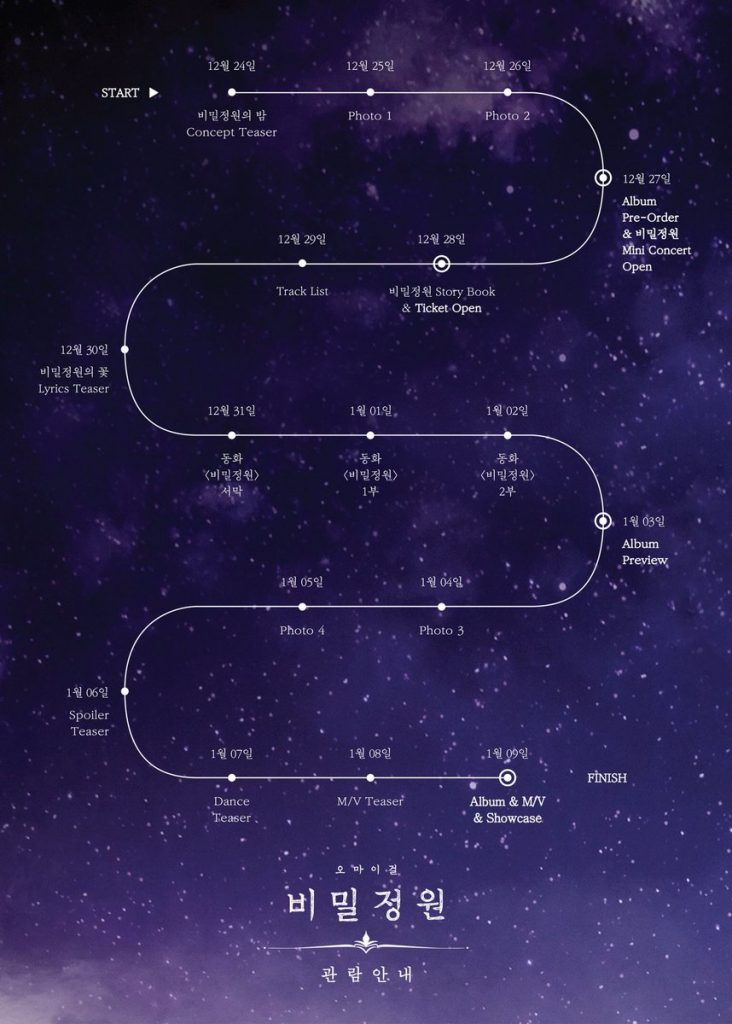 The girls will begin their teasers with a concept teaser, image teaser 1 and image teaser 2 on December 24th to December 26th respectively. There will be a mini concert open and the album pre-order on December 27th. Following on from that, they will reveal the tracklist, as well as the lyrics teaser on December 29th and 30th.

There will also be an album preview, followed by image teaser 3 and 4 on January 3rd, 4th and 5th. Lastly, there is a spoiler teaser, a dancer teaser, as well as the final music video teaser on January 6th, 7th and 8th, 2018! There is so much to look forward to in the coming days!

Now, they have dropped the concept teaser. So, check it out above!

Oh My Girl will be returning with ‘Secret Garden‘ on January 9th, 2018. Are you excited? Let us know in the comments below!