On March 17th, Park Jihoon released the track list for his debut album ‘O’CLOCK‘. Check it out below! 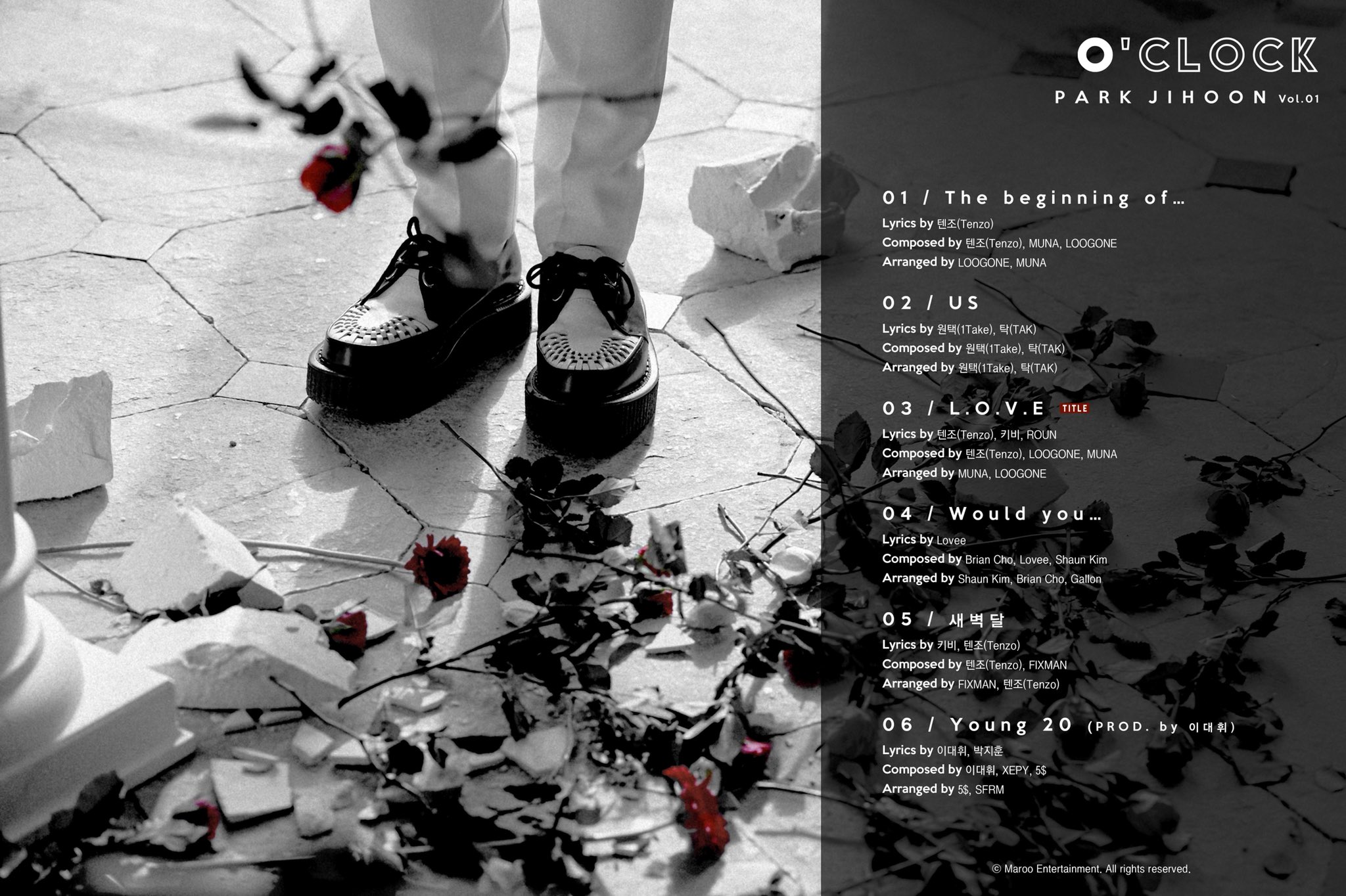 The album has six songs in total, including the title track ‘L.O.V.E‘. Jihoon‘s former fellow Wanna One member Lee Daehwi has produced the last song ‘Young 20‘. Jihoon also participated in writing the lyrics along with Daehwi. Daehwi is known for his amazing songwriting skills, so Wannables are definitely excited to hear this collaboration.

What do you think about Park Jihoon‘s track list for ‘O’CLOCK‘? Let us know in the comments below.