Park Jimin reveals the tracklist for her ‘Jiminxjamie’ comeback!

Park Jimin reveals the tracklist for her ‘Jiminxjamie’ comeback!

With the hype surrounding her long-awaited return, Park Jimin has revealed the tracklist for ‘JiminxJamie‘. So, check it out below! 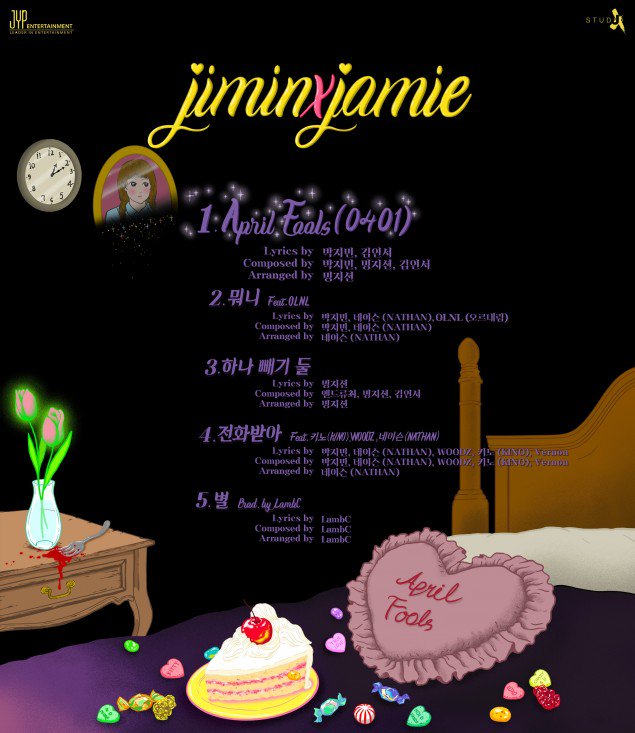 Fans are so happy that she will be releasing more than one track. There is actually a total of five tracks including the title track, ‘April Fools‘ (0401), ‘What‘ featuring oLNL, ‘One Minus Two‘, ‘Pick Up The Phone‘ featuring KINO, WOODZ and NATHAN and ‘Star‘ produced by LambC. The fourth song is drawing on people’s feelings especially those who know the MOLA crew. Most of them are featured on this track besides Vernon and Hoho. Even though SEVENTEEN‘s Vernon isn’t featured on the track, he did help with writing the lyrics and composing the track!

Meanwhile, she is set to make her hot return on September 4th. Which track are you looking forward to? Let us know in the comments below!