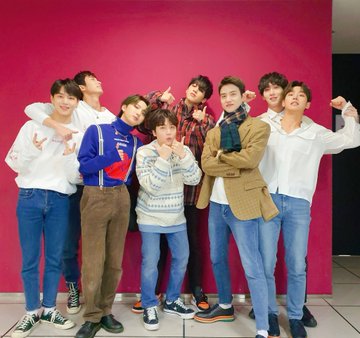 PENTAGON will be releasing their first full album!

The group announced with a trailer that they would be coming back on the 12th of February.

Check out the trailer and moving teaser below!

The moving teaser shows a pentagon-shaped object floating around in space hinting that the group’s first album would revolve around a space concept.

The album trailer seems to confirm this with the vast array of different space related imagery! The visuals are absolutely beautiful and the accompanying audio quite cheerful and upbeat. A black hole appears and a light emerges within before the pentagon-shaped object appears again.

What are your thoughts on these teasers? Tell us in the comments below!

Scroll for more
Tap
Kim Jaehwan announces release of digital single in February!
GFriend stun but are tied up in ‘Room’ and ‘Twisted’ versions of concept photos ahead of ‘回:LABYRINTH’ comeback!
Scroll