PENTAGON gives you a ‘Thumbs Up’ for their creative individual teasers!

PENTAGON gives you a ‘Thumbs Up’ for their creative individual teasers!

PENTAGON is ready to make their hot return with eight members. As many knows, member E’Dawn and Yanan are on hiatus due to their personal reasons. So, check out their first set of individual teasers below!

So, each member is matched with different bright colours that really captures your attention. Due to their mismatch, it definitely has its uniqueness to it. Each one of their images is partnered up with different colours. Jinho showcases his beautiful smile while wearing a deep green suit. It matches nicely up with his green and pink background. Next is Hui with his pink blazer. It contrasts nicely with the random yellow-patterned background. Hongseok is matched up with the colour yellow and blue where the background is made to split the colours apart! Meanwhile, member Shinwon is seen with deep blue and orange. Including his outfit, there is a whole range of orange and blue used, allowing him to stand out! 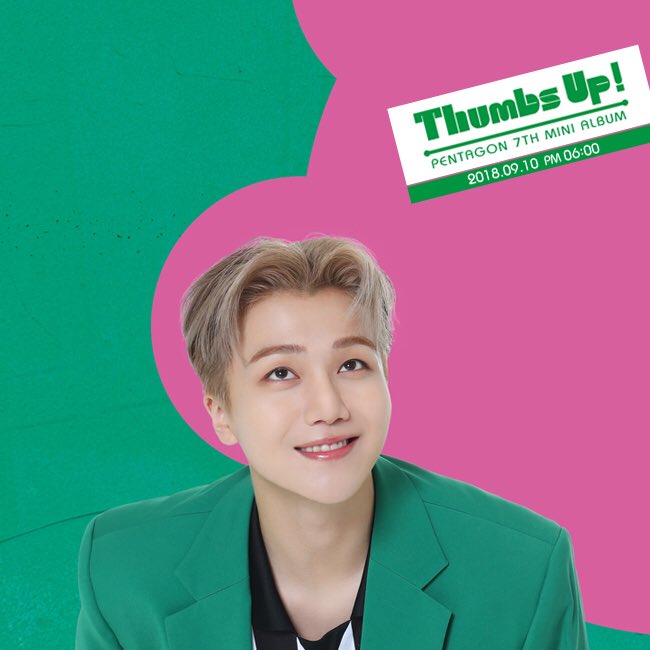 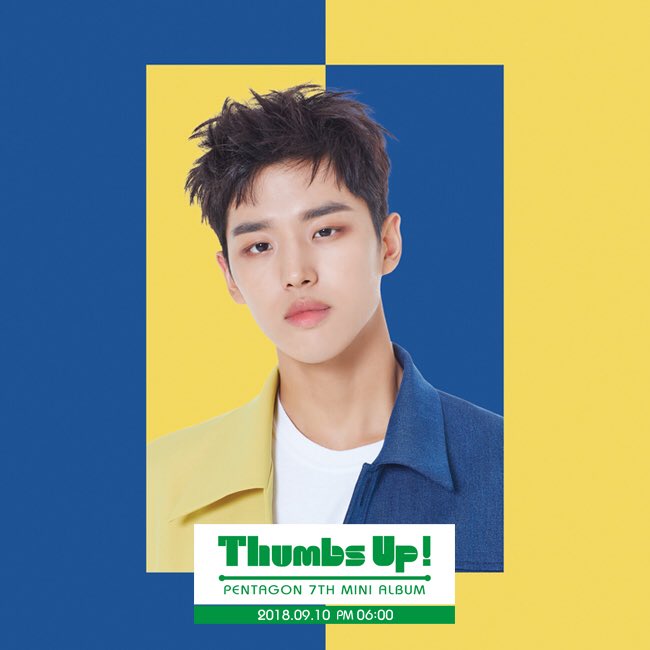 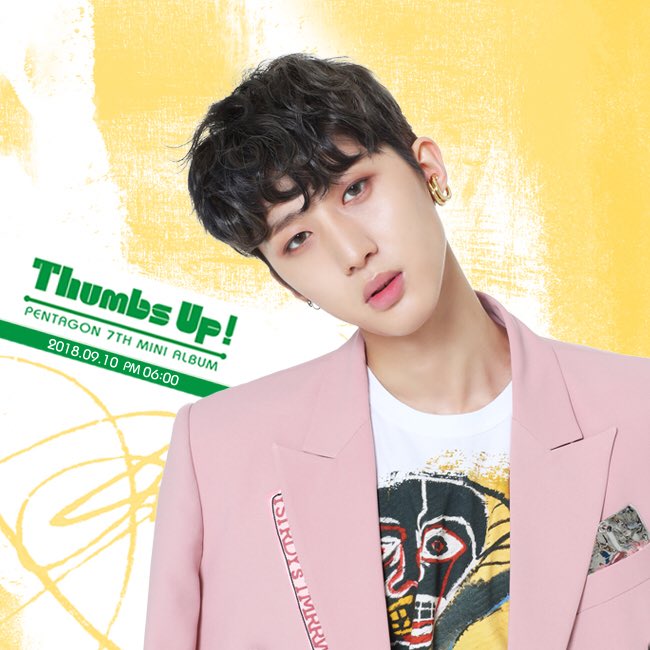 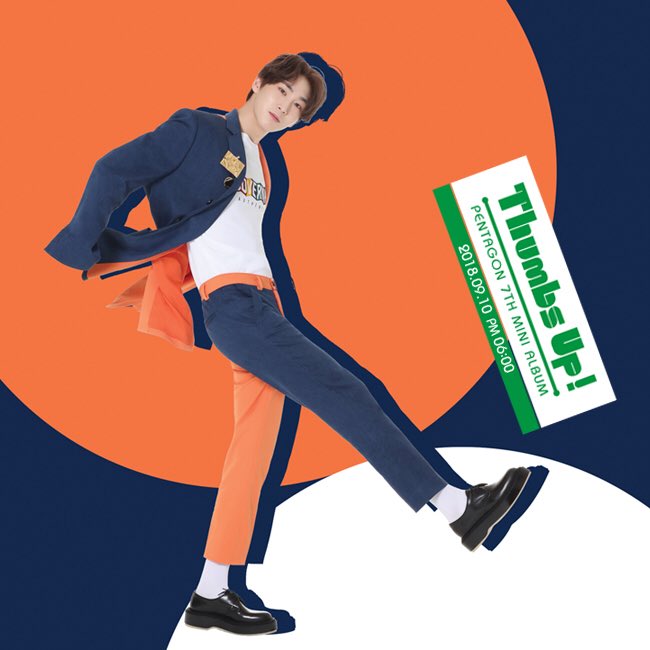 Yeoone looks great with black hair. His background has two lines made up of buttons. These buttons match up nicely with the button on his shirt. He also has a cheeky smile on his face! Yuto definitely blends into his background with the same checkered colour and pattern on his outfit. He looks great with his fierce look that has fans swooning! Kino looks amazing with blonde hair and the trippy blue, purple and white background. It allows his pose to look cool. Finally is Wooseok who is killing it with his red and white outfit. He just looks amazing with his kind of look! 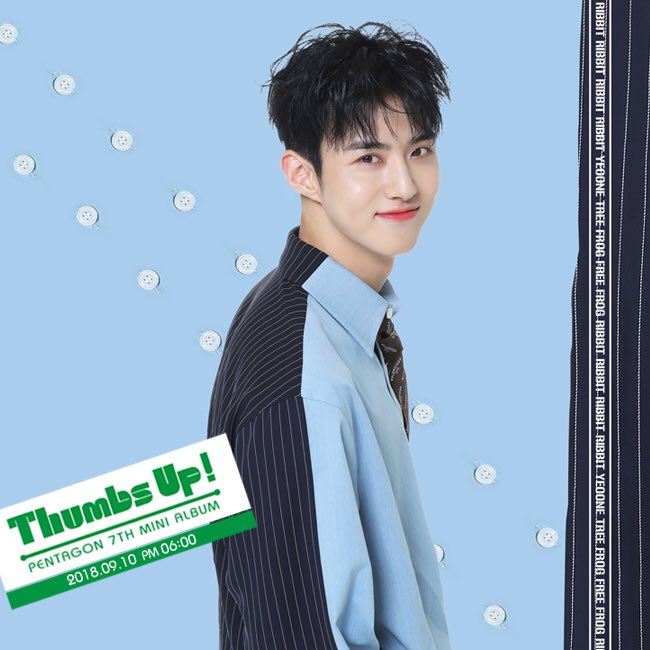 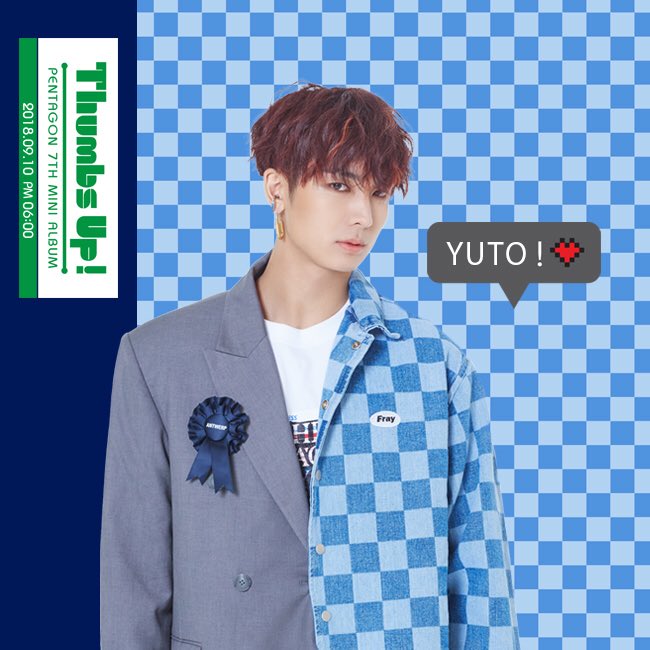 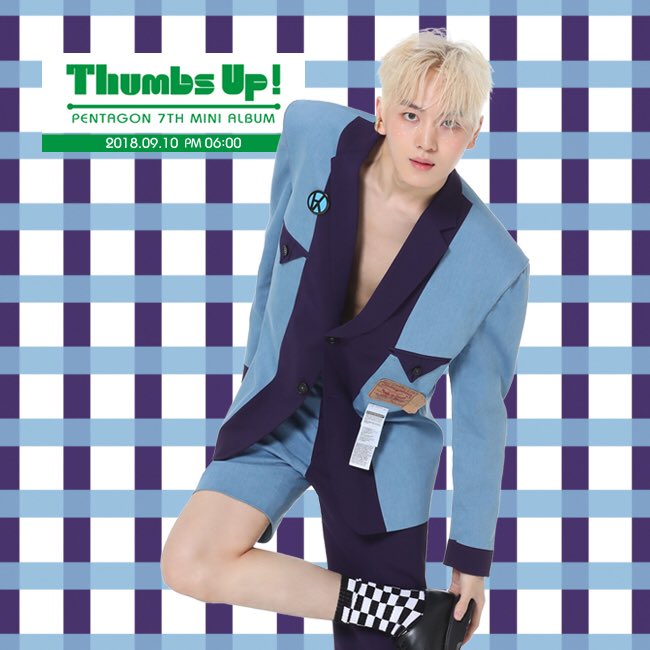 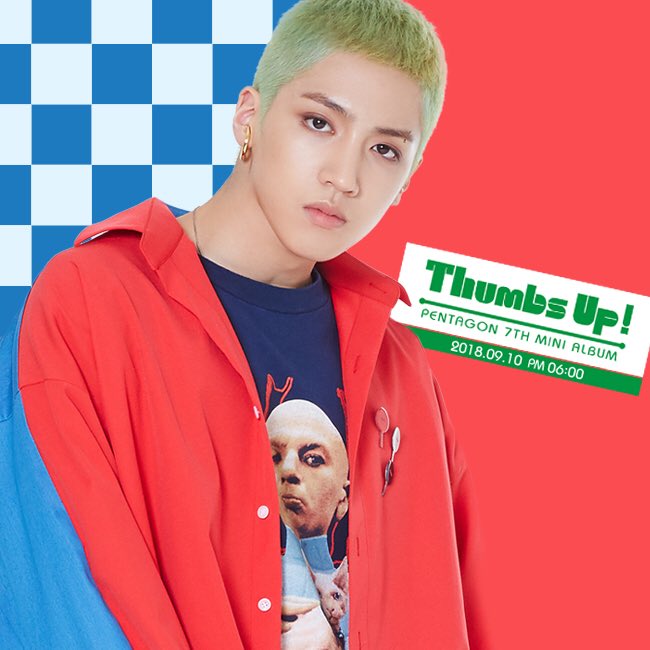 This kind of style is unique and the fans are definitely enjoying what they are showcasing! Meanwhile, PENTAGON had gone ahead and dropped Kino‘s B-side images for their Japanese release of ‘Shine‘. These image teasers showcase a cute side of Kino. We got two sets of image teasers in which he shows off his charms.

Meanwhile, PENTAGON is set to make their hot return on September 10th. Are you enjoying the teasers? Let us know in the comments below!