PENTAGON is coming back with their sixth mini album ‘Positive‘ on the 2nd of April. As is common practice in the K-pop world, the group has started revealing teasers ahead of their comeback. This time it is the album preview and track list are unveiled. So check them out below!

The album this time will contain four items—a booklet, a photocard, a poster and a CD. The photocard will be a random one out of 20, so you have a 10% chance of getting your bias. You will also get a random poster from three varieties and a random CD out of eleven types. The good news is that there will actually be two photobooks! One of them will be 82 paged while the other will have 52 pages. 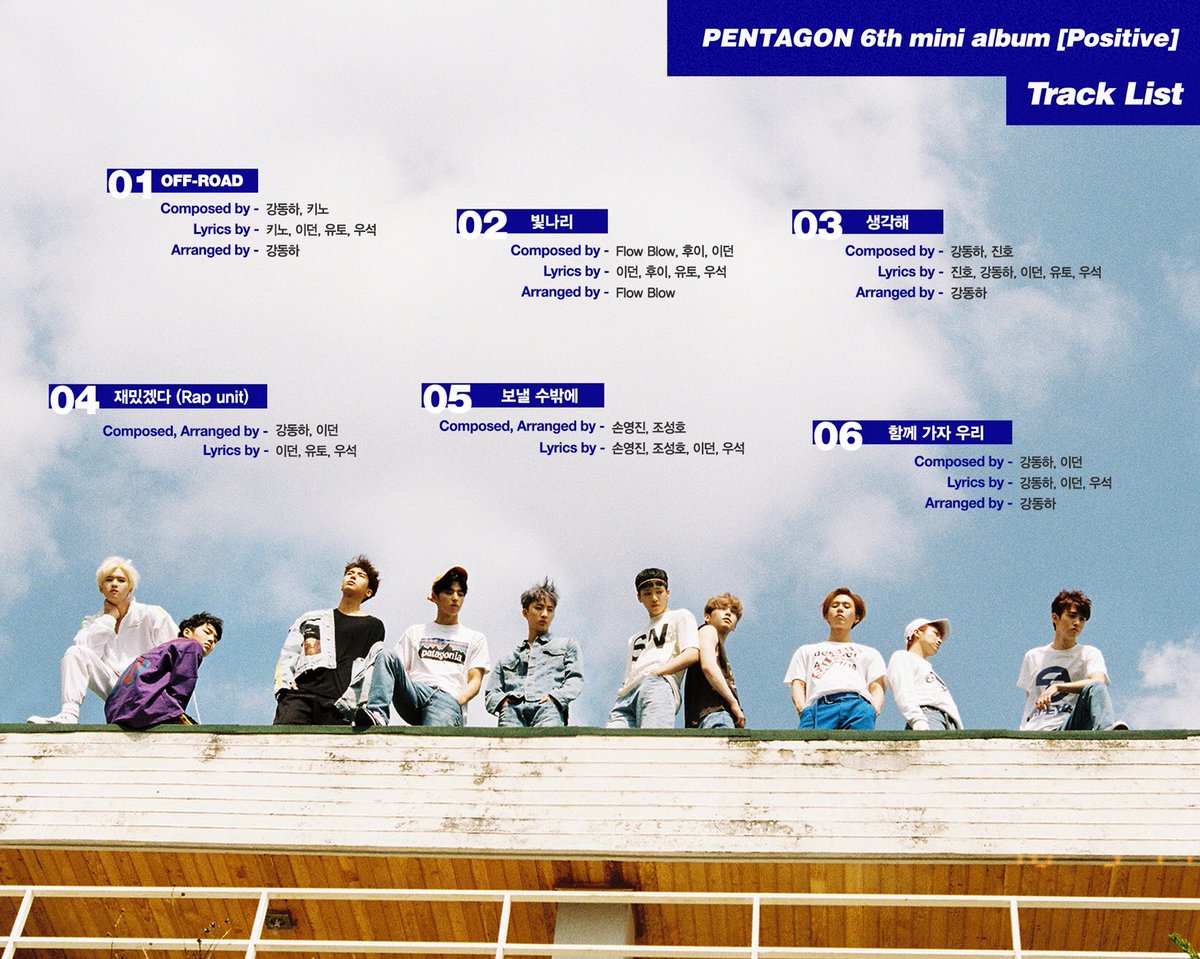 The mini album comprises six tracks in total (which is quite fitting with the fact that this is their SIXTH album). Track number 4 is a song by PENTAGON‘s rap unit, which consists of members Yuto, Wooseok and E’dawn. Just as expected from this self-producing group, most of the PENTAGON members participated in composing and writing the lyrics of the songs. One cannot but be amazed at how these idols are good at everything from the stage to the keyboard.

PENTAGON had promised to show us a brighter image of them this comeback. However, fans have yet to see what kind of concept they will go for and are patiently waiting for the audio snippet of the album, which will be released on the 30th.

Do support PENTAGON on the release of their sixth mini album ‘Positive‘ and keep following Officially Kmusic for future updates!

Scroll for more
Tap
EXID allows fans to have a short look into the lyrics of upcoming track ‘Lady’!
Ji Hansol is next to feature on UNB’s ‘Boyhood’ trailer!
Scroll