With ‘Produce48‘ coming to an end late last week, IZONE has been formed. The group consist of twelve members including Jang Wonyoung, Miyawaki Sakura, Jo Yuri, Choi Yena, Ahn Yujin, Yabuki Nako, Kwon Eunbi, Kang Hyewon, Honda Hitomi, Kim Chaewon, Kim Minju and Lee Chaeyeon. So, what is the first thing they are doing as a group? Well, check out the information below to find out! 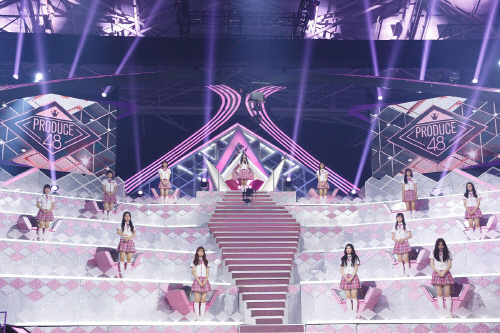 So, their first schedule will be flying to Japan to meet the one and only J-POP music producer, Yasushi Akimoto. He is the one who was mainly involved in the production of AKB48. He is also the main collaborator for ‘Produce48‘ where he even participated in the production of ‘You’re In Love, Right?‘ track for the finale. Meanwhile, through this meeting, they will begin working on promotional schedules in both Korea and Japan. It is reported that they will be heading there on September 4th.

IZONE is scheduled to start their full-scale activity after their debut album that is set to be released in October. Are you excited for what’s to come? Let us know in the comments below!

Scroll for more
Tap
Cosmic Girls is coming soon to you in September!
Sunmi spreads her wings for her D-1 ‘Warning’ teasers
Scroll
Loading Comments...