RAINZ gets ready for their Japanese comeback with a schedule!

RAINZ gets ready for their Japanese comeback with a schedule!

Yes, that is right! RAINZ will be feeding us with more great tracks ahead of next month. They will be returning with their second Japanese single, ‘Rainbow‘. So, check out what they have in store for you these upcoming days below! 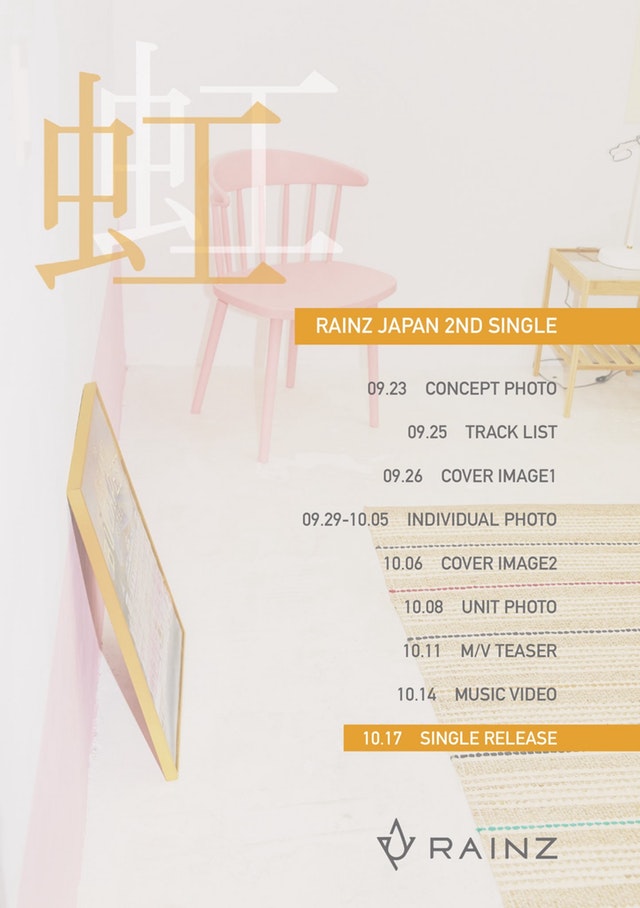 They have a few things prepared for the fans. In particular, they will be revealing their concept photos and tracklist on September 23rd and 25th. They will be dropping two cover images on September 26th and October 6th. Then, they have scheduled their individual teasers from September 29th to October 5th. Following on is their unit teasers and MV teaser on October 8th and 11th respectively.

Finally, RAINZ will be revealing their MV on October 14th and officially drop their single on October 17th. Are you excited for their return? Let us know in the comments below!