Sam Kim has released the full track list for his upcoming album ‘Sun and Moon‘! 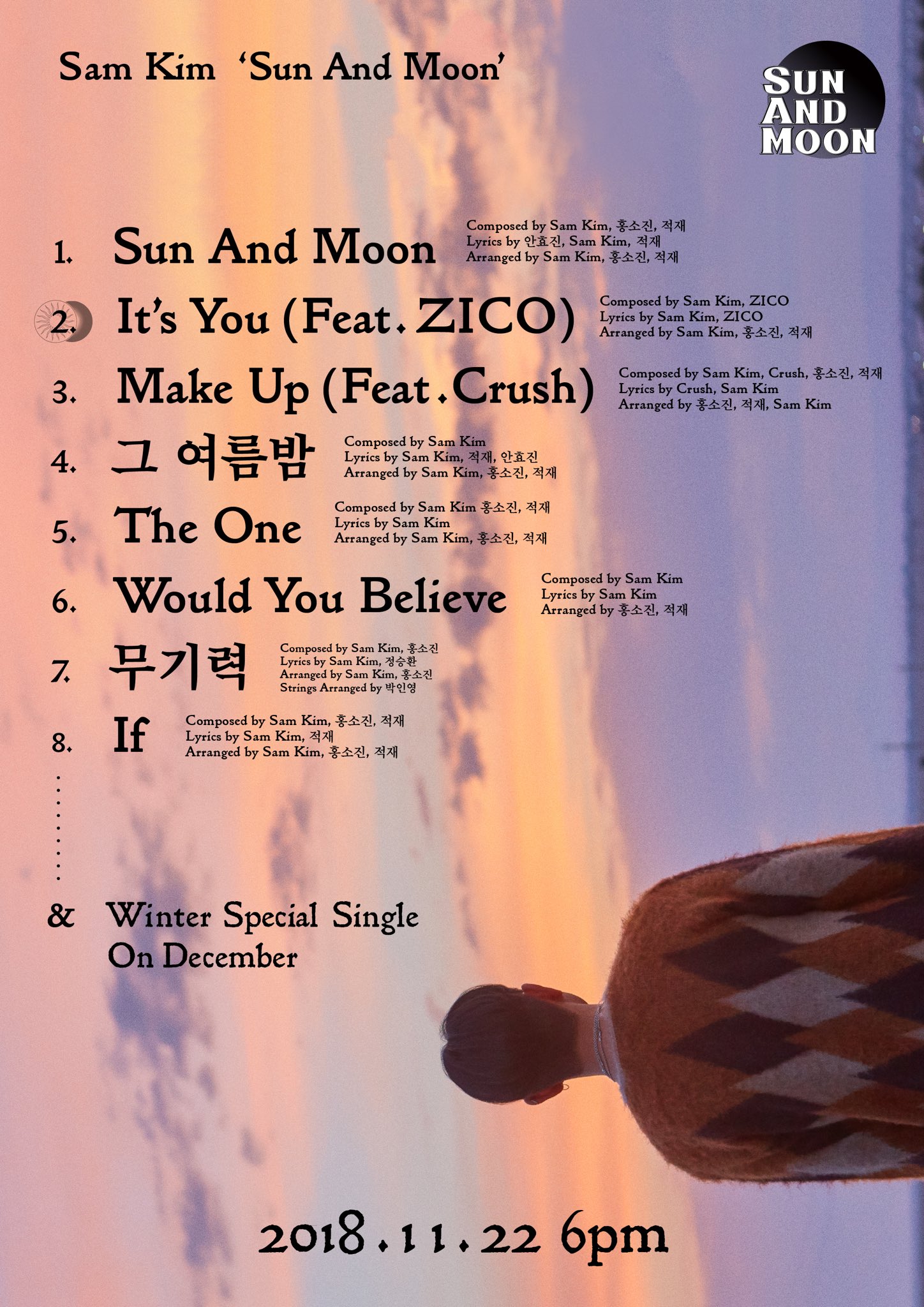 Sam Kim has previously released three songs from his album ‘Sun and Moon‘, including the song ‘Make Up‘ is featuring Crush.

This time, he announced that his title track will be ‘It’s You‘. It will be featuring Zico from Block B. This has made fans even more excited for the official release of his full album.

The album consists of nine songs including the previously released songs of part one.

He also teased that the album will be including a winter special single which will be released in December.

The full album is releasing on the 22nd of November at 6PM KST.

What do you think about the full tracklist of Sam Kim‘s ‘Sun and Moon‘? Comment below and let us know!