SECHSKIES reveals ‘Something Special’ in their latest image teasers

SECHSKIES reveals ‘Something Special’ in their latest image teasers

SECHSKIES officially begins teasing for their first studio album in 18 years! They will be returning with ‘Another Light‘, which will show off SECHSKIES‘ new concept, as well as a different side to them. So, check out the teasers below! 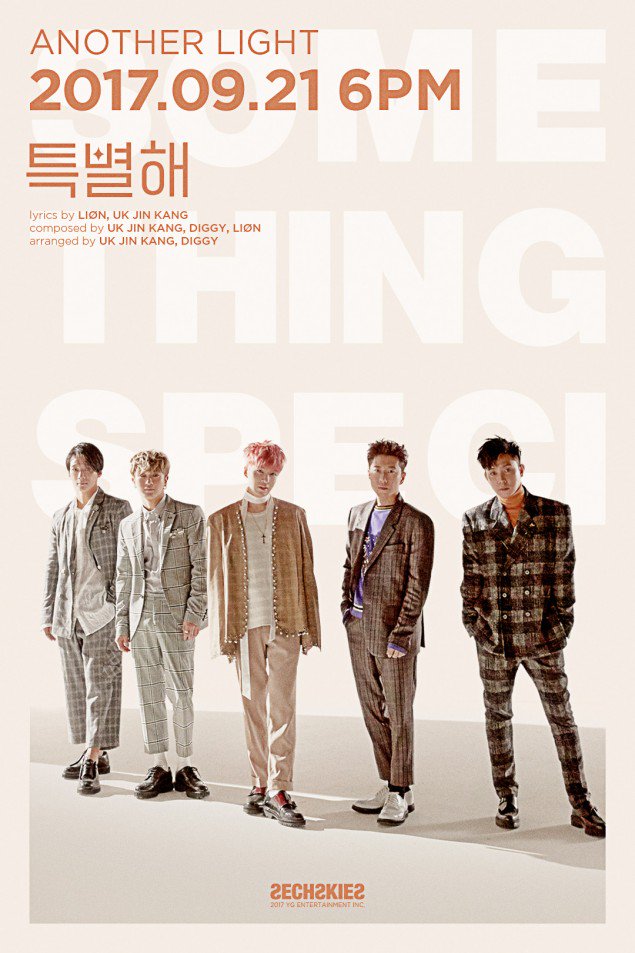 This will mark their fifth album, with the title track to be ‘Something Special‘. The track is described as a bright song that will reflect one’s thoughts about a lover. This song was chose as the title track since it is quite fitting to introduce their new album. It is also revealed that Eun Ji Won has actively participated in the production of this album. It will be an album that is filled with new tracks. 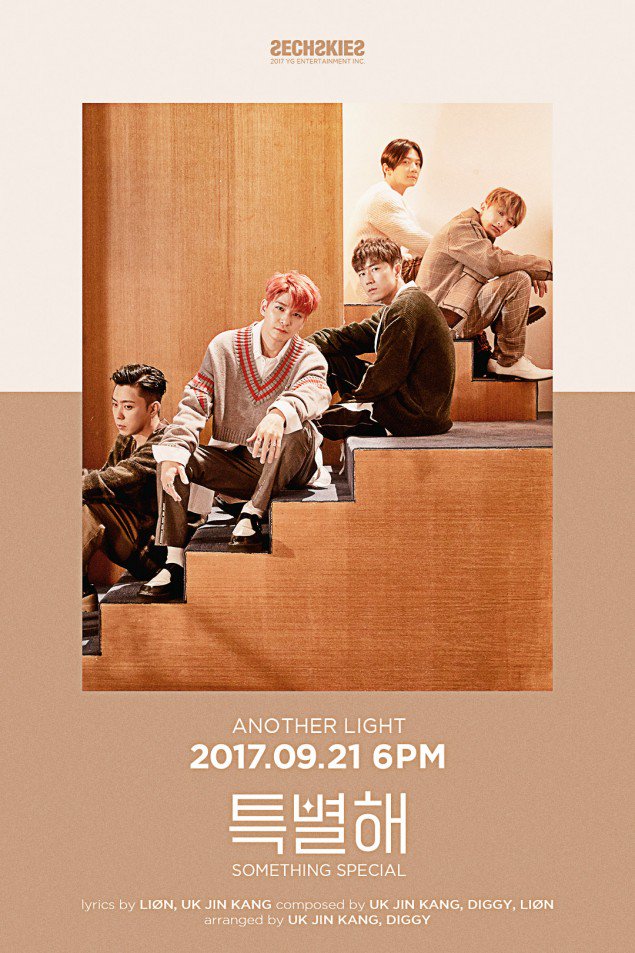 The boys have also released the tracklist for this album. So, check it out below! 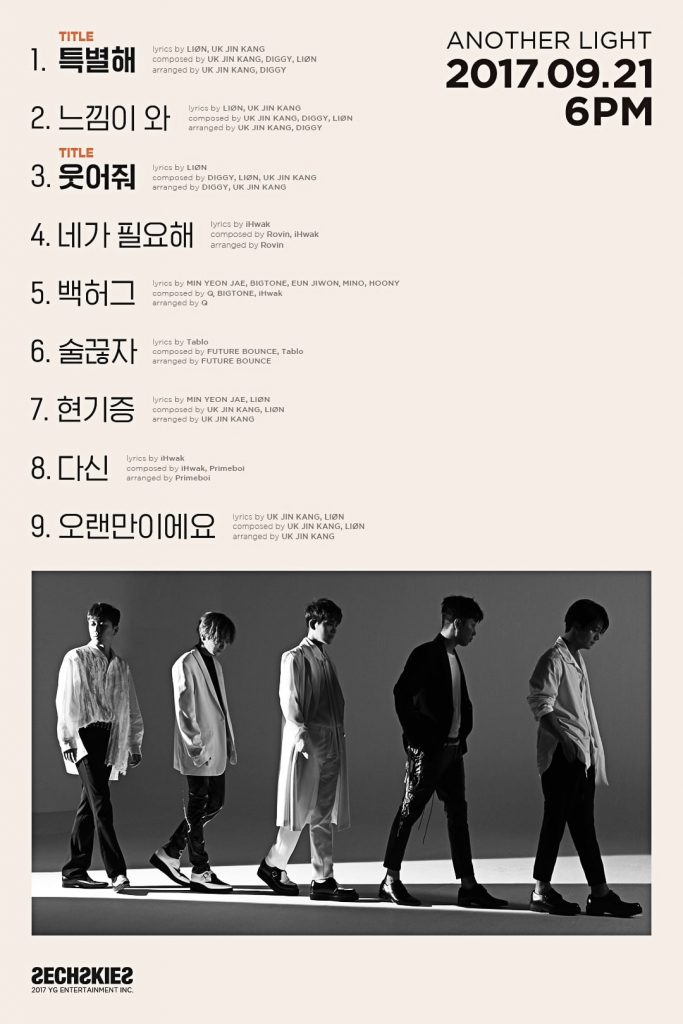 There is a total of 9 tracks including the double title tracks, ‘Something Special‘ and ‘Give Me A Smile‘. The other tracks include ‘Feelings‘, ‘I Need You‘, ‘Back Hug‘, ‘Let’s Drink‘, ‘Dizziness‘, ‘Again‘ and ‘It’s Been A While‘. The new YG producer, LION, and producer Uk Jin Kang has worked on many of their tracks. Tablo, Mino and Seunghoon are also featured in their tracks! It will be exciting to see how each of these songs will sound like!

SECHSKIES will be celebrating their 20th anniversary with the fans by holding a concert on September 23rd. They will drop ‘Another Light‘ on September 21st. Are you ready for what’s to come? Let us know in the comments below!