Seventeen really is spoiling fans with these amazing yet mysterious trailers. Now, the boys have dropped the image teasers and date for their upcoming mini album, ‘Al1‘. ‘Al1’ signifies their first chapter which is called ‘Alone‘. It is definitely a clever way to represent the word ‘Alone’ like ‘Al1’ while still representing the first chapter. So, be sure to check out the different teasers down below! 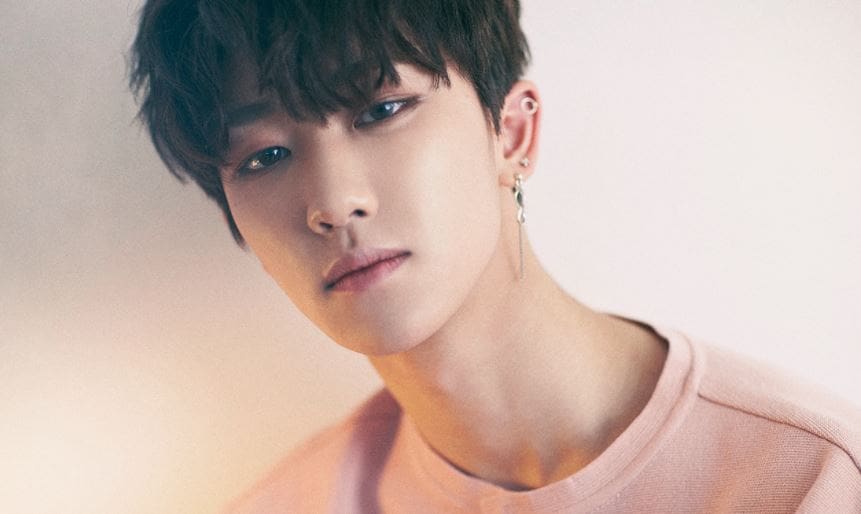 Continuing on with the trailers, The8 is the next member to have their trailer dropped. His one shows the words “Do You Remember How Long Did We Share For Each Other?“. He is seen entering his beautiful beach house with a lot of grocery. However, he had dropped it when he came across a note on the table. At that point, his prime number can be seen rolling out of his grocery bag! As he rests on the table, DK is seen strolling in! 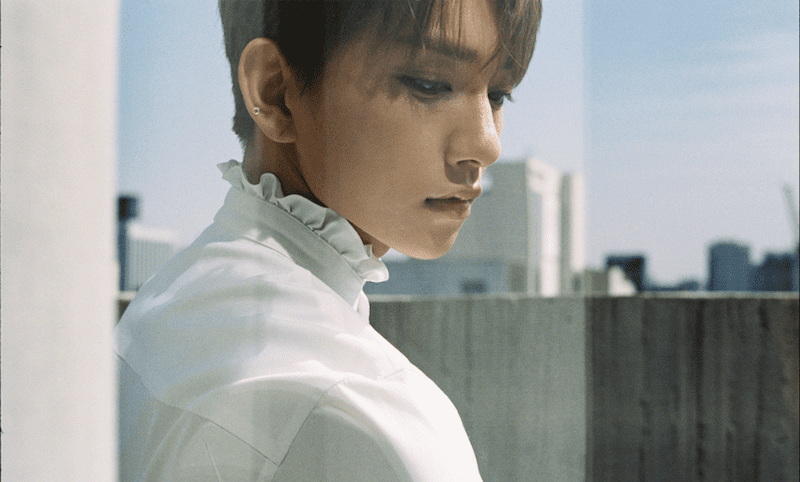 Joshua‘s trailer is filled with sadness. He is seen in deep though near the sink while staring out the window. He looked like he was thinking of something which was shown by the silhouette. Meanwhile, his trailer shows the words “An Everlasting Being Whichever Way It Goes“. Also, Mingyu is seen at a long distance in the video as well! 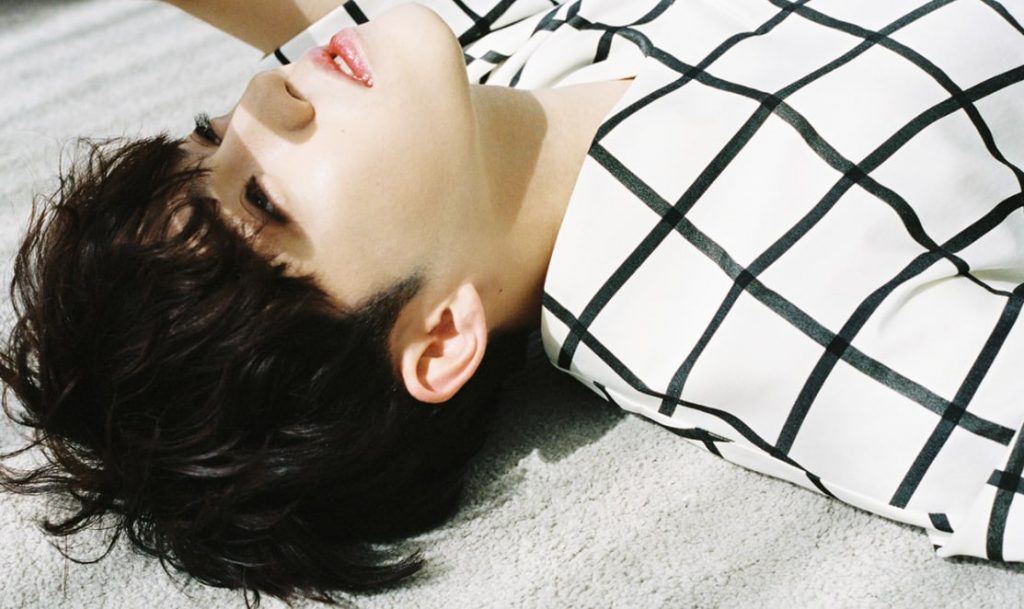 Lastly, to end all these trailers, the leader S.Coups‘ trailer is the last one! He is seen wandering around aimlessly where he is seen staring deeply into the camera. What is so interesting about his video is that there has been many quotes shown in his video. The first one was “I Was Afraid And Anxious Since I Was All Alone.” It follows on with “Nevertheless We Met On Thirteen Different Paths And Eventually.” When the video ends the final phrase appears “A Complete Bond Has Formed Leading Us To Our Brightest Moment.” By connecting these words, it definitely brings an emotional feeling towards CARATS as it surely has a deep meaning towards the members. 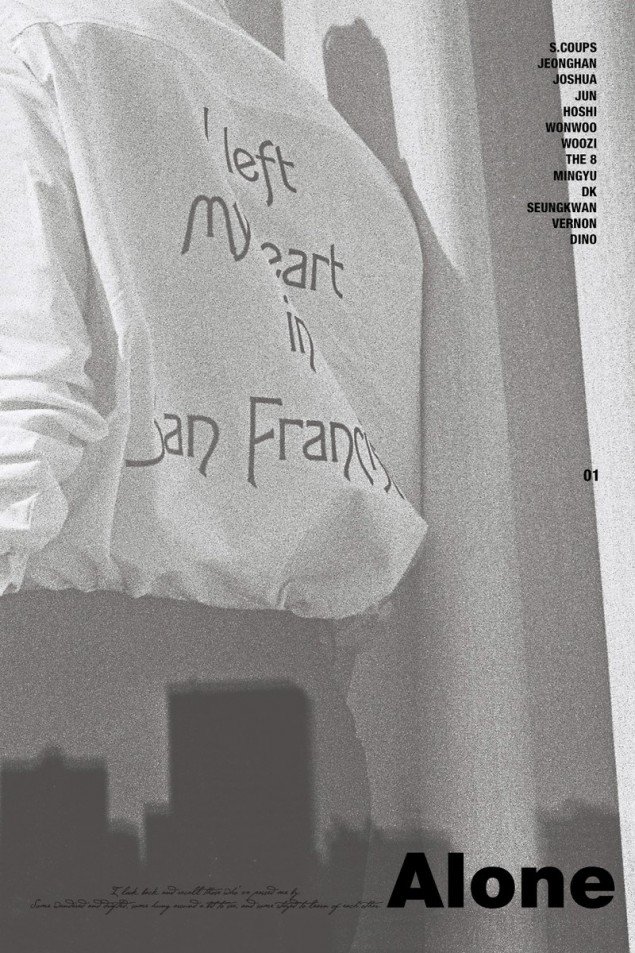 Meanwhile, Seventeen continues to tease for their ‘Al1’ comeback with a few image teasers. The first one is labelled the first version of ‘Al1’ with the number 01 shown. The words “I Left My Heart In San Francisco” is seen on the shirt, which is a famous Tony Bennett song. 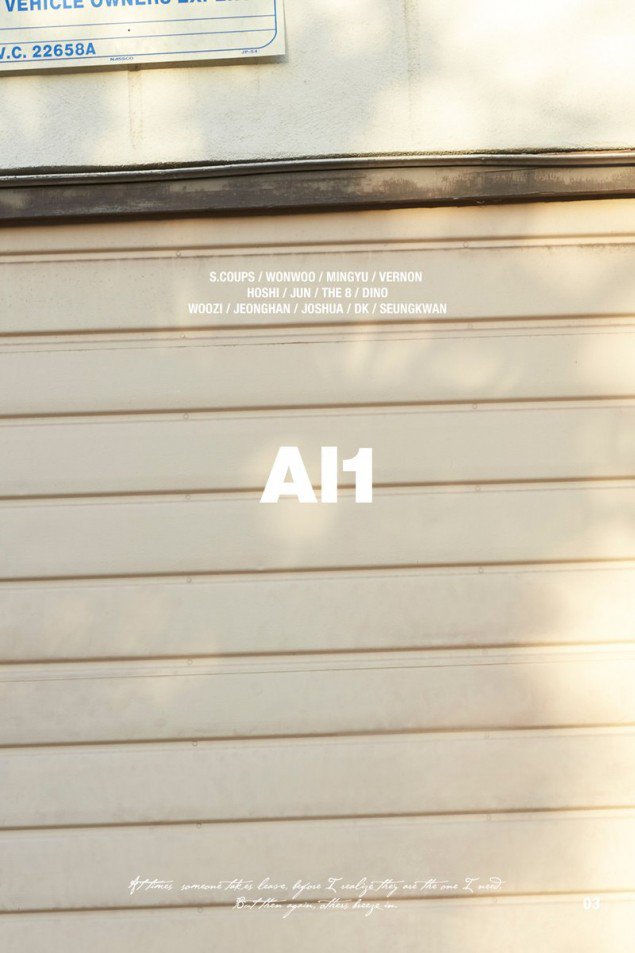 The other image has the number 01 and is titled the second version. It has the seaside beach house feeling that has been seen many times in different members’ trailer. The words “At times Someone Take Leave, Before I Realise They Are The One I Need. But Then Again, Others Breeze In” can be seen in very beautiful handwriting. 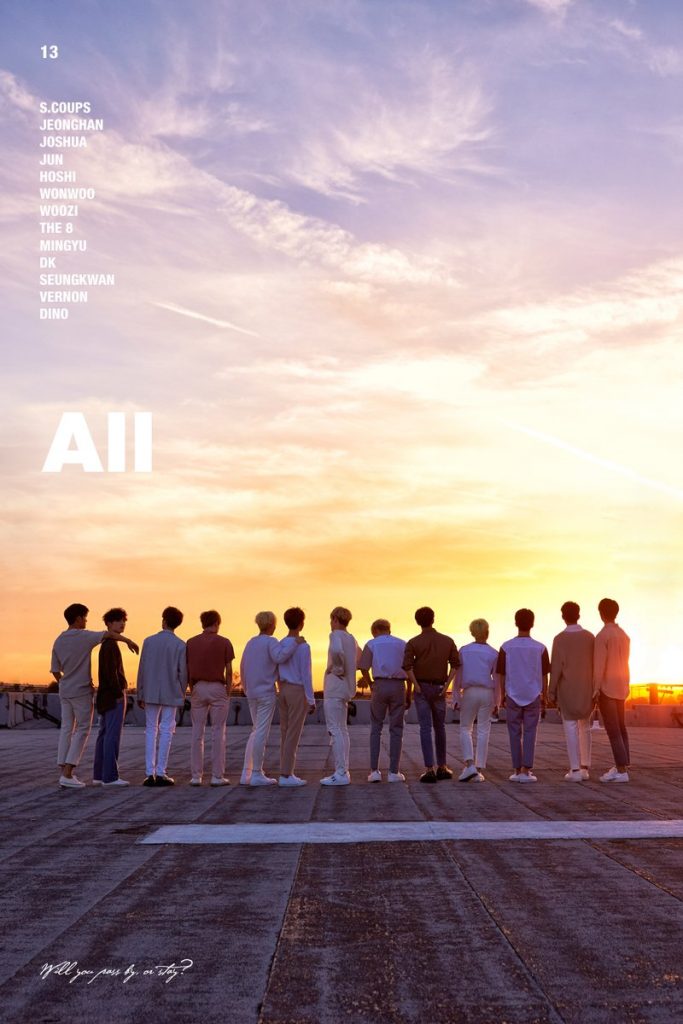 While, the last image has the number 13 and is titled the third version. It seems these are the different album versions, the ‘Alone’, the ‘Al1’ and the ‘All’ versions. In this image, all the members has their backs featured in the image except for one. That person is the leader S.Coups. At the bottom of the image, the words “Will You Pass By Or Stay?” can be seen! What does all these quotes and teasers mean? Do you have any theories? 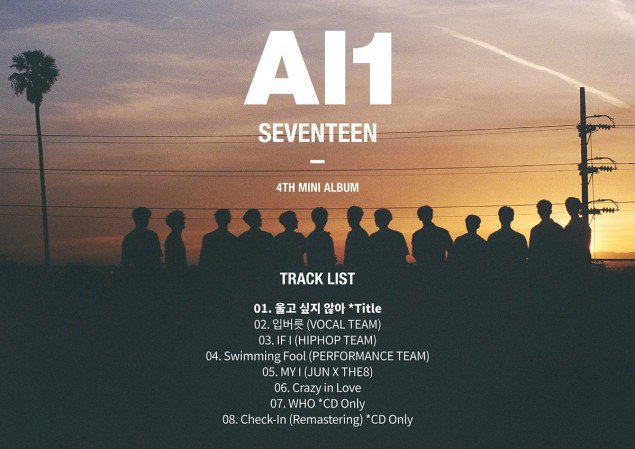 As they have revealed all the image teasers, they dropped the tracklist for this fourth mini album. This album will consist of eight tracks including the title track, ‘Don’t Wanna Cry‘ and ‘Crazy In Love‘. This album also have many special tracks including the Vocal Team’s ‘Abuse‘, the HipHip Team’s ‘IF‘, the Performance Team’s ‘Swimming Pool‘ and, Jun and The8’s ‘My I‘. On top of that there will be two tracks that will only be on the CD including ‘WHO‘ and a remastering version of ‘Check-In‘.

The boys definitely has a lot in store for the fans. Each day is an exciting one for the fans! Are you looking forward to their comeback? Let us know in the comments below! Meanwhile, Seventeen will be back with ‘Al1’ on May 22nd. So, be sure to check out the trailers, image teasers and tracklist above!

Scroll for more
Tap
Be.A Gears Up For Their Return With An Image Teaser
24K Reveals Their ‘Addiction’ Comeback Schedule!
Scroll
Loading Comments...