Seventeen has released their track list, highlight medley and MV teaser for their upcoming comeback ‘You Made My Dawn‘. Check them out below! 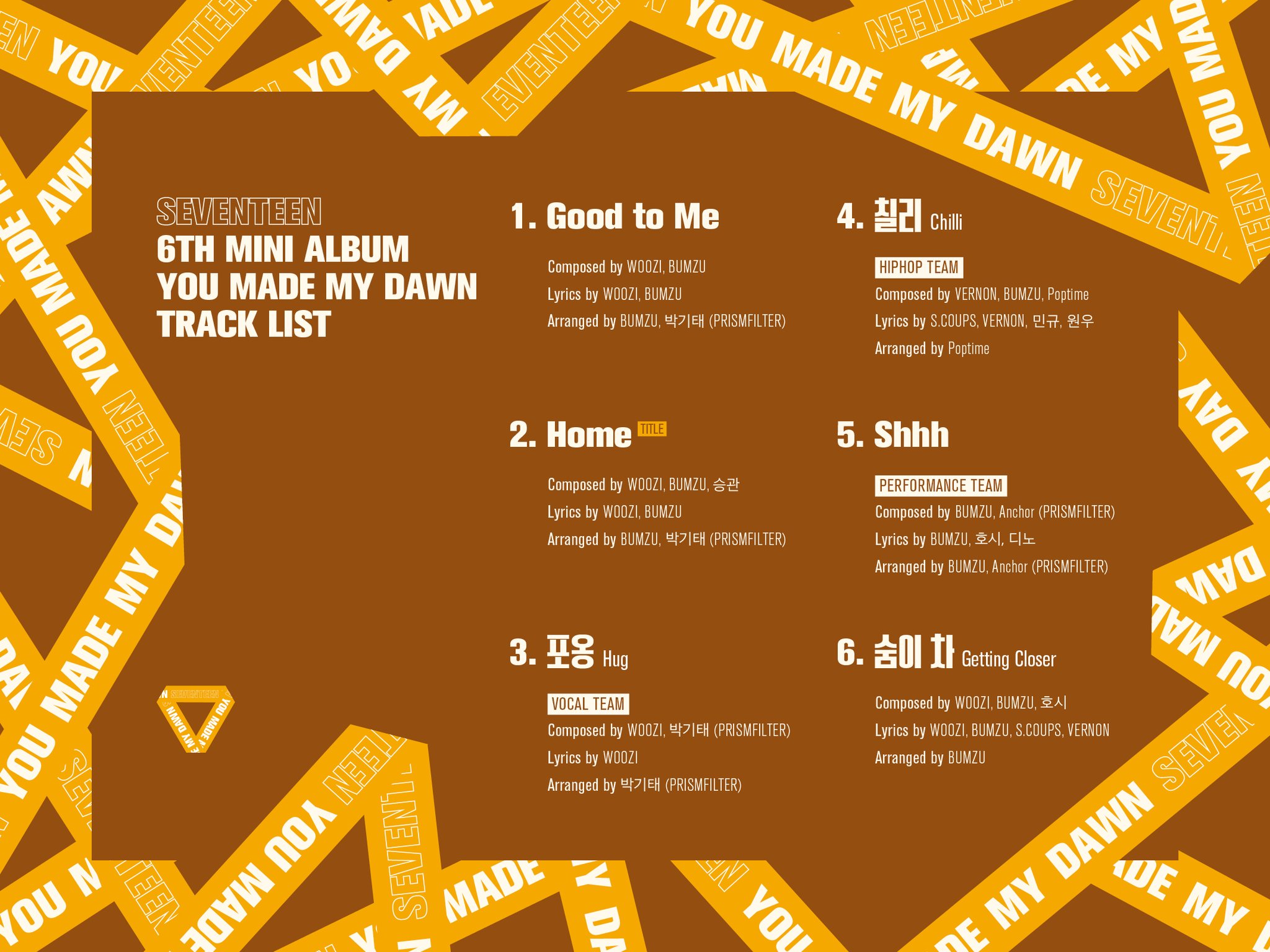 The album contains six tracks in total, including their pre-release track ‘Getting Closer‘ which also has an MV. The only other song that has the whole group participating is ‘Good to Me‘ and the title track ‘Home‘. There is one song for each unit of the group. Woozi has composed five out of six of the songs on this album.

‘Good to Me‘ is an upbeat and funky song, while the title track ‘Home‘ is a sentimental track that will make you feel nostalgic. As usual, the vocal team’s song ‘Hug‘ is a slow and gentle ballad. On the other hand, the hip hop team’s song ‘Chilli‘ is chill but has a good beat. Fittingly, the performance team’s song ‘Shhh‘ is the perfect song to dance to.

In the teaser, Joshua, in all black with a beret, walks to a single mattress next to a lamp in the middle of a sandy beach. The presence of the waves will make viewers feel nostalgic. When he switches on the light, the setting changes to the same bedroom that we saw at the start of ‘Oh My!‘, the title track of their previous album. All the members are in the bedroom, as we can see when all the lights slowly switch back on. They slowly look towards the camera as the teaser comes to an end.

Recently, Pledis Entertainment had confirmed that Seventeen would be making their comeback on January 21st. They will release their sixth mini album ‘You Made My Dawn‘. There are three versions: ‘Before Dawn‘, ‘Dawn‘ and ‘Eternal Sunshine‘.  This is a continuation of their fifth mini album ‘You Make My Day‘ as it is now in the past tense. The timing in the day also has progressed. Fans are curious to see how the concept of this comeback since their pre-release track ‘Getting Closer‘ had a darker concept. This is a new concept that they had tried out for the first time. Stay tuned!

What do you think about Seventeen‘s new teasers for ‘You Made My Dawn‘ and ‘Home‘? Let us know in the comments below.