Seventeen release promotion schedule for ‘You Made My Dawn’

Seventeen release promotion schedule for ‘You Made My Dawn’

On January 7th, Seventeen released a promotion schedule for upcoming comeback ‘You Made My Dawn‘. Check it out below! 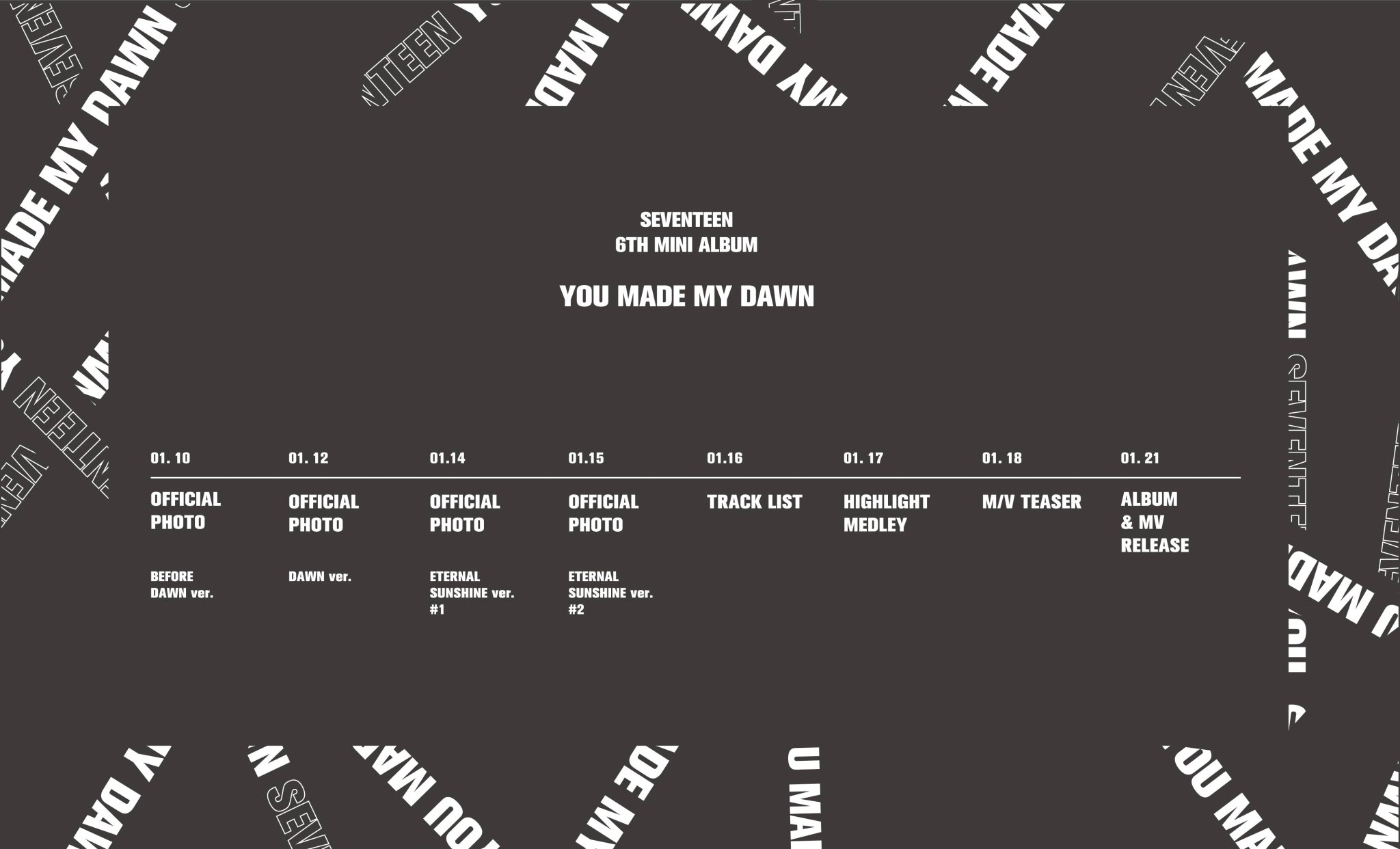 Seventeen has recently launched a website for their comeback. Check it out here.

Recently, Pledis Entertainment had confirmed that Seventeen would be making their comeback on January 21st. They will release their sixth mini album ‘You Made My Dawn‘. There are three versions: ‘Before Dawn‘, ‘Dawn‘ and ‘Eternal Sunshine‘.  This is a continuation of their fifth mini album ‘You Make My Day‘ as it is now in the past tense. The timing in the day also has progressed. Fans are curious to see how the concept of this comeback since their pre-release track ‘Getting Closer‘ had a darker concept. This is a new concept that they had tried out for the first time. Stay tuned!

What do you think about Seventeen‘s promotion schedule for ‘You Made My Dawn‘? Let us know in the comments below.

Scroll for more
Tap
BTOB’s Minhyuk gears up for his Korean solo debut with teasers for ‘Hutazone’
ASTRO releases concept trailer of their members for ‘All Light’
Scroll
Loading Comments...