On September 9th, after previously releasing a comeback trailer, teaser photos (Hope versions, Truth versions, The Poet versions), SEVENTEEN unveiled the track list for their third full album ‘An Ode’. Check it out below! 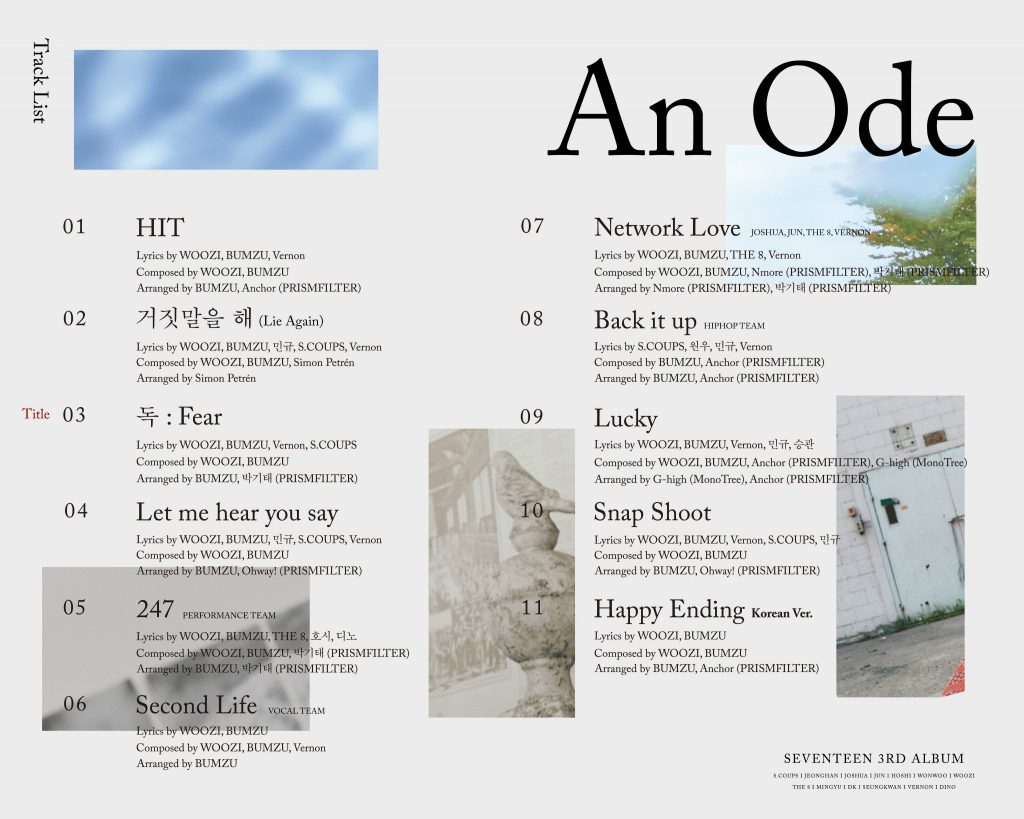 The album will consist of 11 tracks, notably with previously released single ‘Hit’ and a Korean version of their first Japanese single ‘Happy Ending’. The title track is now confirmed to be ‘독 : Fear’, and we can note all the tracks have been produced as usual with SEVENTEEN, produced by member Woozi and one track having input from S. Coups.

There’s ‘247’, ‘Second Life’ and ‘Back it up’ which are all unit songs from the group’s teams (Performance, Vocal and Hip Hop teams respectively). ‘Network Love’ is another unit song sung by members Joshua, Jun, The8 and Vernon.

The full album will drop on September 16th, 6PM KST! Are you excited for their next full album! Let us know in the comments below!

Scroll for more
Tap
SEVENTEEN go for a darker look in ‘Real’ version official photos for ‘An Ode’
BOL4 show off their different charms in album preview for ‘Two Five’
Scroll
Loading Comments...