SEVENTEEN unveil a colourful track list for their 8th mini album, ‘Your Choice’! 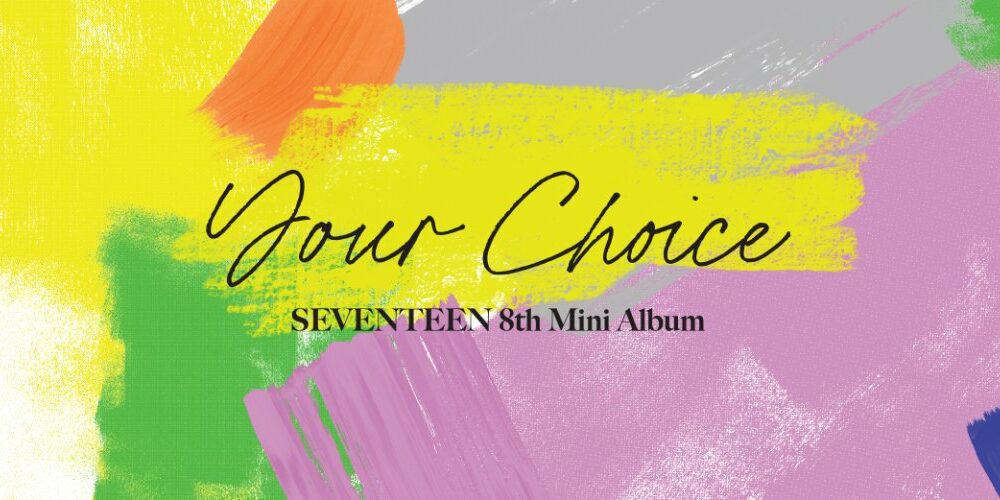 SEVENTEEN unveil a colourful track list for their 8th mini album, ‘Your Choice’!

On June 14th, boy group SEVENTEEN dropped the track list to their upcoming 8th mini album, ‘Your Choice’. The album continues the group’s 2021 ‘Power of Love’ project announced earlier in May.

In 2021 so far, the multi-million selling group released their 3rd Japanese single, ‘Not Alone’ in April. Quickly burning up the charts, they became the first overseas male artists to sell over 200,000 copies from 3 consecutive singles. Hence claiming their stake with a growing fanbase in the country. Announcing their ‘Power of Love’ project, it firstly kicked off with a duet single between members Wonwoo and Mingyu, featuring soloist Lee Hi, with the track, ‘Bittersweet’, dropped at the end of May. This will mark the full group’s comeback to the Korean market in approximately 9 months since the release of their special mini album, ‘Semicolon’, which featured the title track, ‘Home;Run’. Check out the new track list down below!

The EP will contain six new tracks, featuring their first 2021 Korean title track, ‘Ready To Love’. All tracks have been written or composed by the group’s vocalist and producer Woozi. This is joined with with member contributions in the lyrics and composition. Notably, the title track has credits towards ‘hitman” bang, the producer of many of BTS‘ tracks and owner of HYBE Labels (of which SEVENTEEN and their company, Pledis Entertainment) were acquired under. This is the first time we’ve seen him having an impact on the group’s music so it will be interesting to see how or whether the group’s sound will change because of that.

Within the six tracks, three of them are actually sub-unit tracks. Based on the hip hop, performance, and vocal team of the group, fans will get the benefit of listening to both group, and unit tracks.

SEVENTEEN‘s 8th mini album, ‘Your Choice’, along with its title track, ‘Ready To Love’, is scheduled to drop on June 18th, 6PM KST!