The8 from SEVENTEEN will be releasing his first solo song called ‘Dreams Come True‘ on June 9th! The song will be in Mandarin since his Chinese name is also written on the poster. Previously, his member Jun who is also Chinese released a solo song. 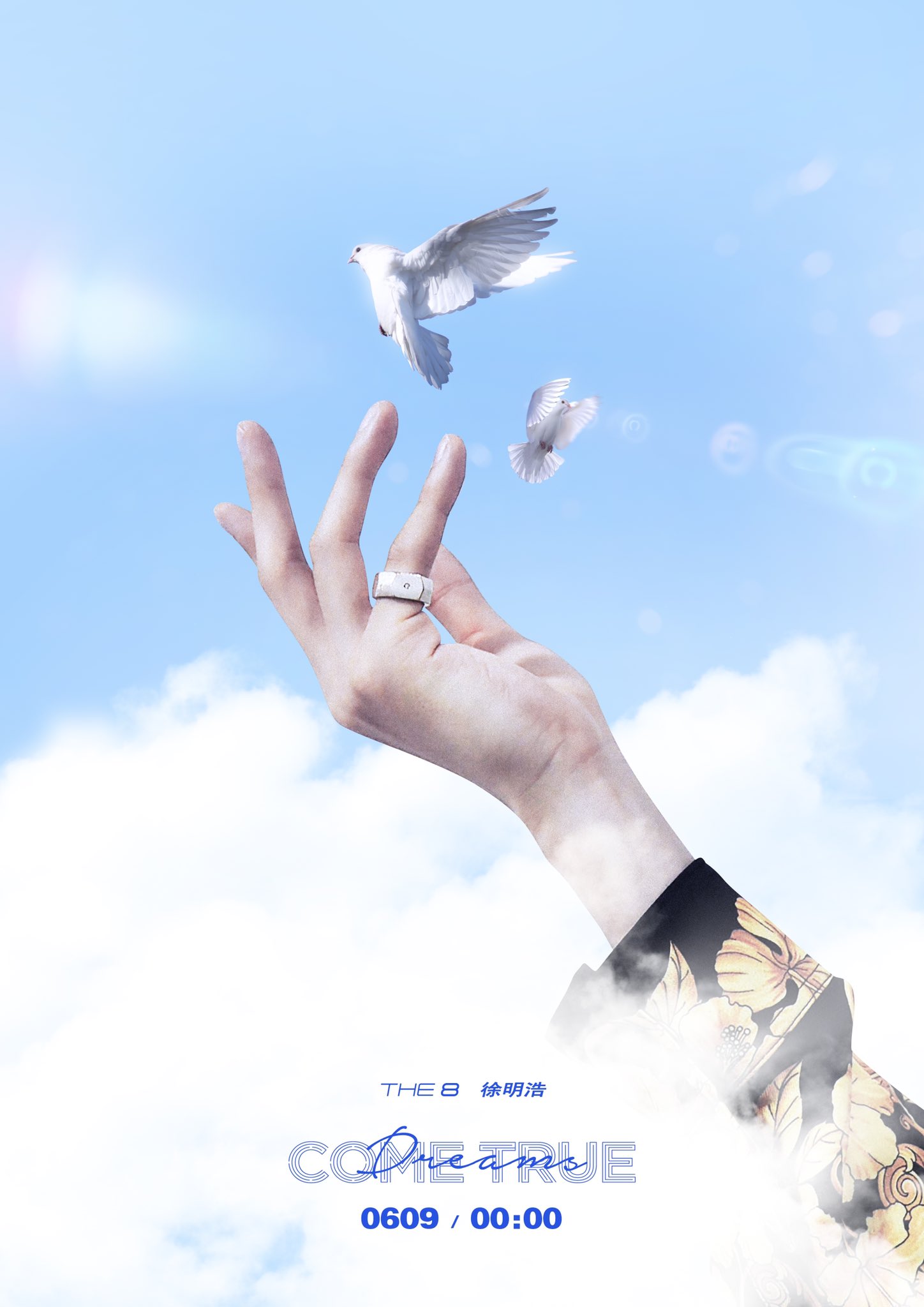 The image teaser shows The8‘s hand stretched out as two doves fly above. It looks like he is reaching towards the sky with clouds around. The song seems to be about peace and harmony since that is what doves signify.

It is no surprise that The8 is releasing a solo song since he is very popular in China. He has been a guest judge on the second season of ‘Idol Producer‘ and along with Jun has appeared on a few variety shows. Stay tuned for his solo release!

What do you think about The8‘s image teaser for ‘Dreams Come True‘? Let us know in the comments below.