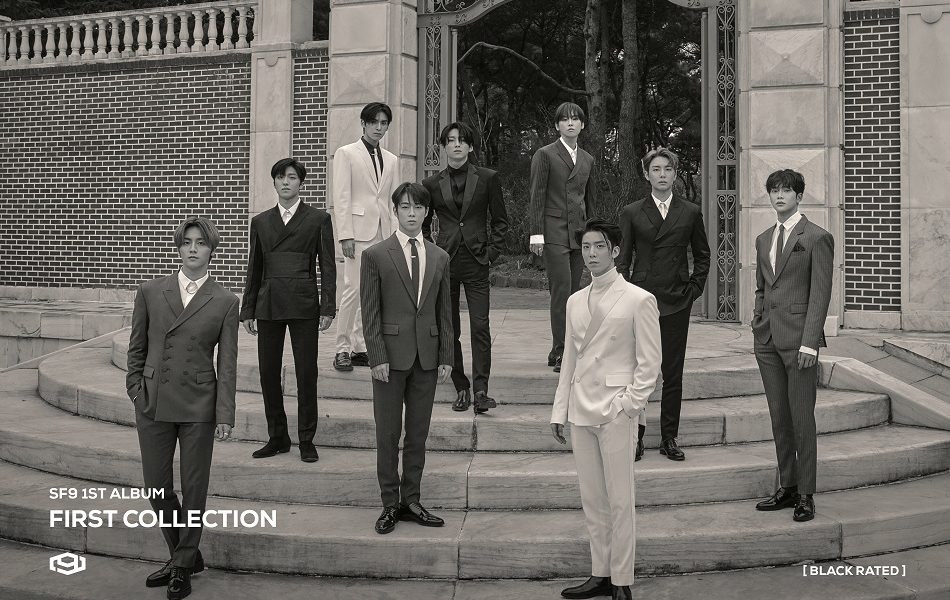 On December 31st, SF9 released their trailer called ‘9lory’ as part of their comeback teasers for their first full album, ‘First Collection’. Check it out below!

We first see member Inseong sitting in a room alone in a golden chair. He’s holding a gold bracelet but then drops from his hand and duplicates itself into 9 identical bracelets. When the pieces magically reconnected, we get glimpses of the other 8 members shown with their own motifs/ symbols such as a a bunch of die, falling paper tickets, and broken glass. The trailer then ends with Inseong clipping the bracelet back on his wrist. All the members are beautifully wearing suits dressed in different styles.

Fans theorize that each member’s symbol represent the 8 previous mini albums the group has released with Inseong‘s gold bracelet being to represent the current comeback.

SF9‘s first full Korean album, ‘First Collection’, with the title track ‘Good Guy’, will be released on January 7th, 6PM KST! re you excited for the group’s comeback? Let us know in the comments below!

Scroll for more
Tap
ATEEZ are men in black in individual teasers for ‘Treasure Epilogue: Action to Answer’
Stray Kids step into 2020 with exciting plans
Scroll