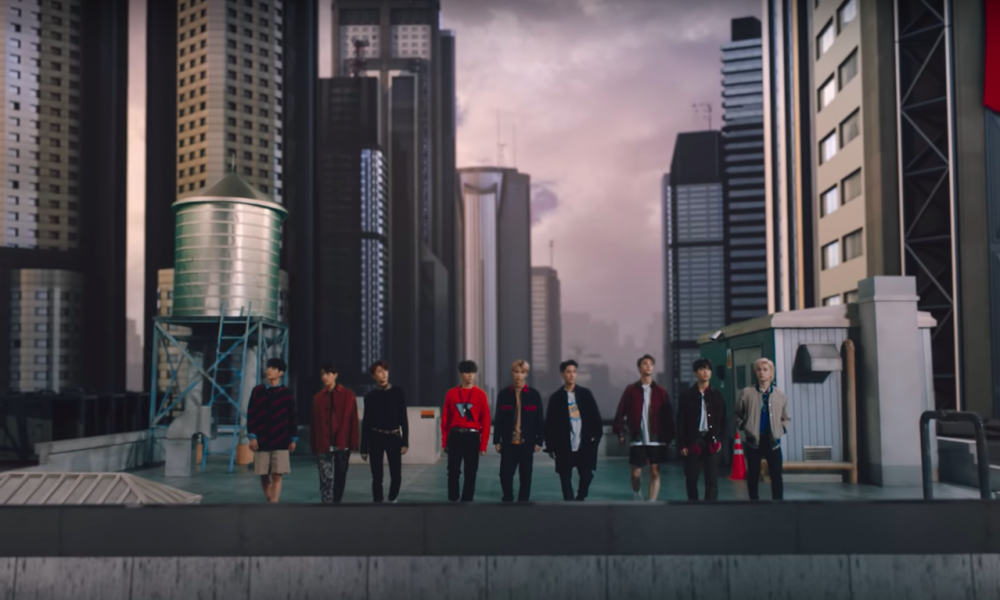 On March 21st, Stray Kids released their first MV teaser for their upcoming title track ‘Miroh‘. Check it out below!

The teaser starts jovially with authorities going through the city. Glitching out, maknae I.N is somewhere hidden and private, talking into a walkie-talkie. The teaser then cuts to a shot of the whole group on a rooftop with the high-rise buildings around them. A flag that says “city jungle” is hanging in the corner. Many fans have theorised that the group may be challenging authorities in this comeback. It alludes to the French Revolution, which is a hint as to why they used a French word for this comeback.

At the moment, Stray Kids is in the midst of releasing a preview of one of the tracks on ‘Clé 1: Miroh‘ every day at midnight KST. They will “unveil” a new track every day until the day of their actual comeback, which is the 25th of March.

What do yo think about Stray Kids‘ first MV teaser for ‘Miroh‘? Let us know in the comments below.