Stray Kids recently finished their survival show with all nine members ready to make their debut. To get fans ready, Stray Kids are actually preparing for their pre-debut mixtape. There are many tracks part of this mixtape, so check out the tracklist below! 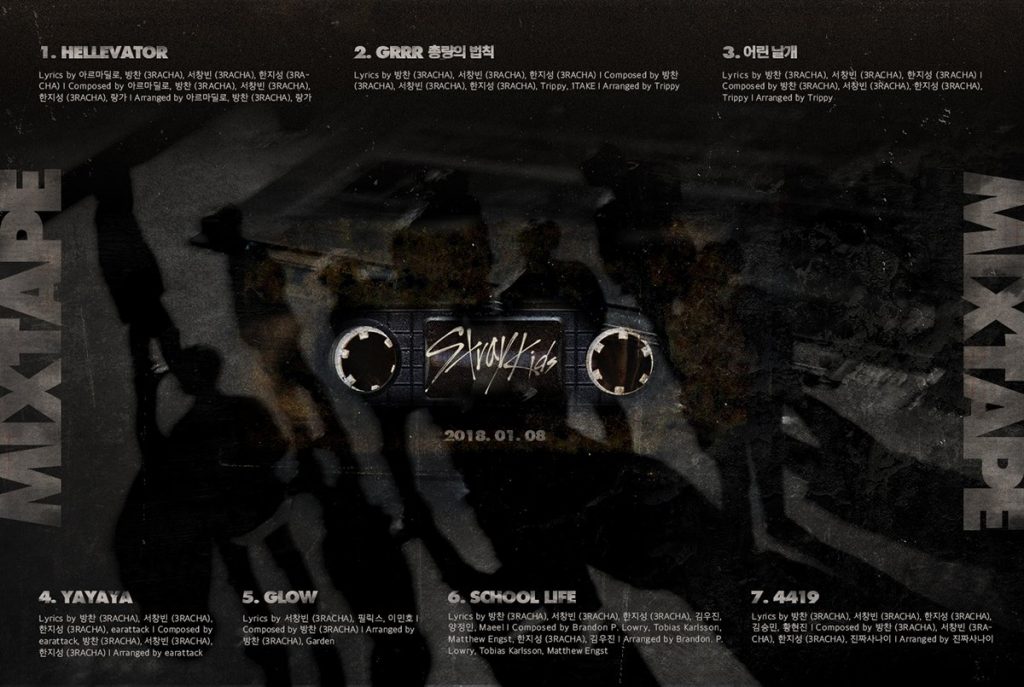 There is a total of seven tracks including ‘Hellevator‘, ‘GRRR‘, ‘Young Wings‘, ‘YAYAYA‘, ‘Glow‘, ‘School Life‘ and ‘4419‘. Most of these tracks were performed on their reality show but fans are definitely excited for its official release. These tracks were composed by 3RACHA which composes of member Chan, Changbin and Jisung.

Meanwhile, This mixtape will be released on January 8th! Are you excited? Let us know in the comments below!