Sunmi comes back with meaning in ‘Noir’

Sunmi has revealed image teasers for her comeback track ‘Noir’, and each one is just as stunningly ominous as the other.

The track’s title ‘Noir’ means “black” in French, but can also be associated with mystery, violence, danger in the context of being alluring. In spite of the undoubtedly beautiful creative shots, fans have speculated a more confronting and disturbing meaning behind her images.

Teaser one shows Sunmi covered in emoji’s with her hand up in a almost puppet-like manner, which could be depicting the internet or social media’s control over her.

The images in teaser two has her engulfed in a sheer white heart covered sheet, with the words “LIKE” all over the images, and an pin that says “ANXIETY HIGH“. In the second shot specifically, she looks to be almost hyperventilating from the anxiety of needing likes to prove her worth.

The last set of images from teaser three, start off with Sunmi smiling from all the love hearts (i.e. ‘likes’) she seems to be getting, but ends on a darker note with the following final two images. Both of these shots have the word “UNFOLLOW” written over them, with one of the images having her burn a heart piece.

Check out her teaser images below! 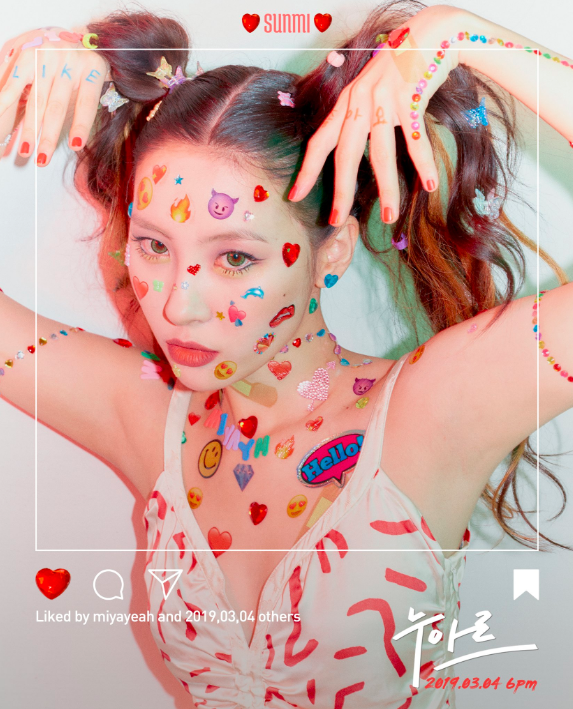 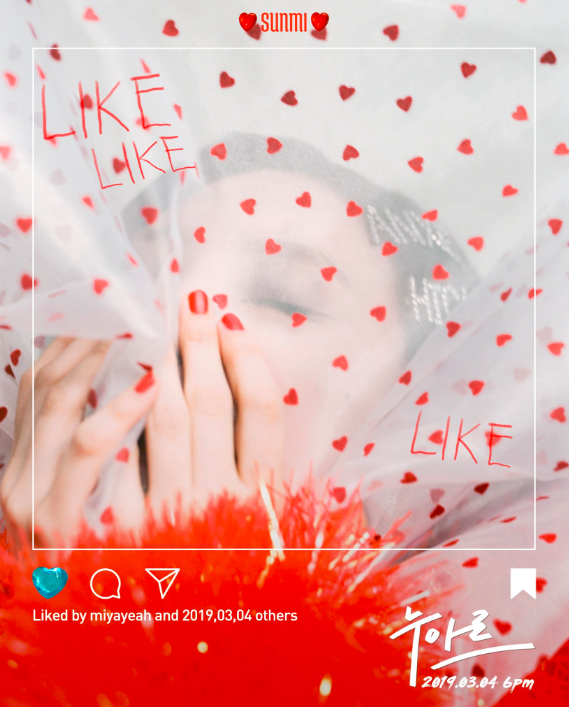 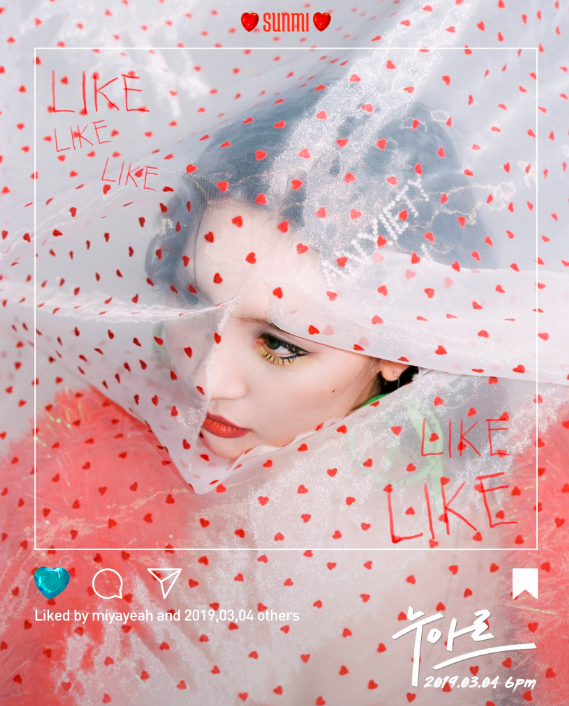 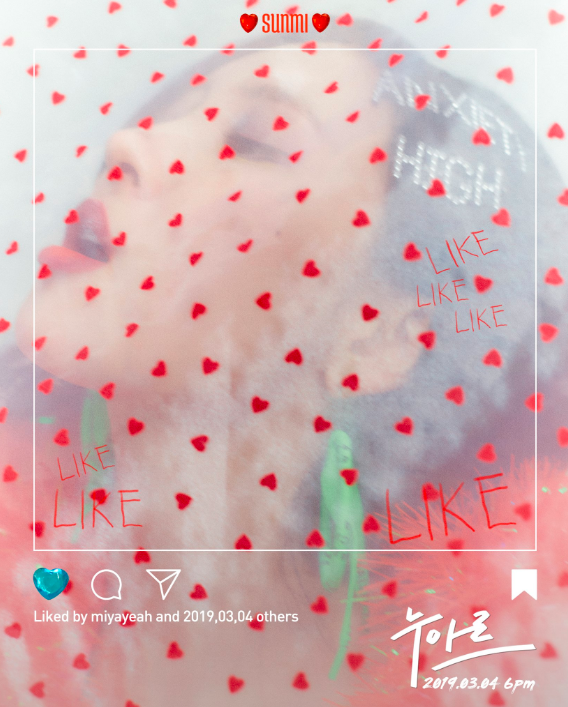 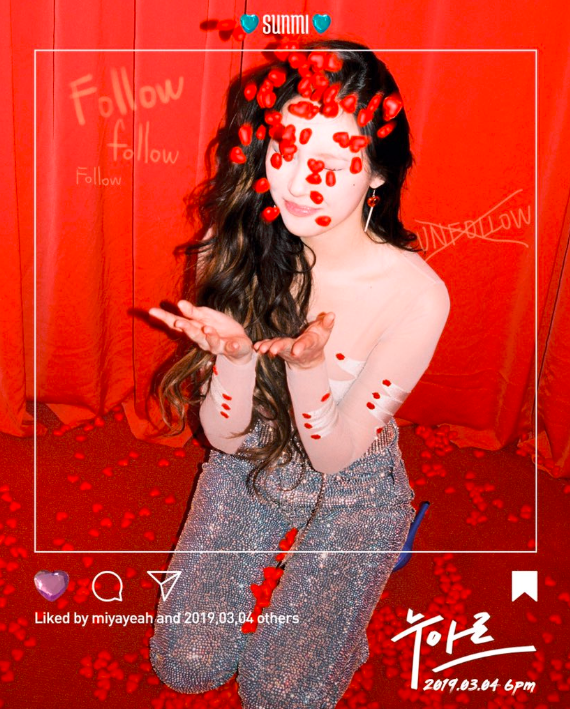 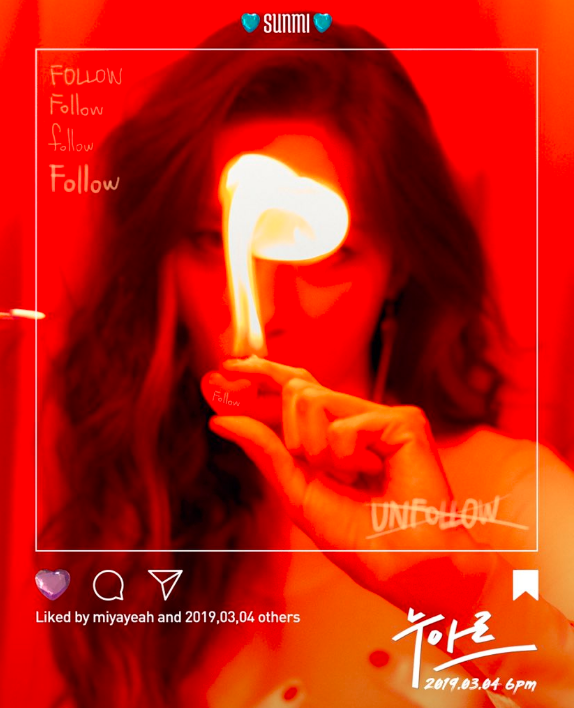 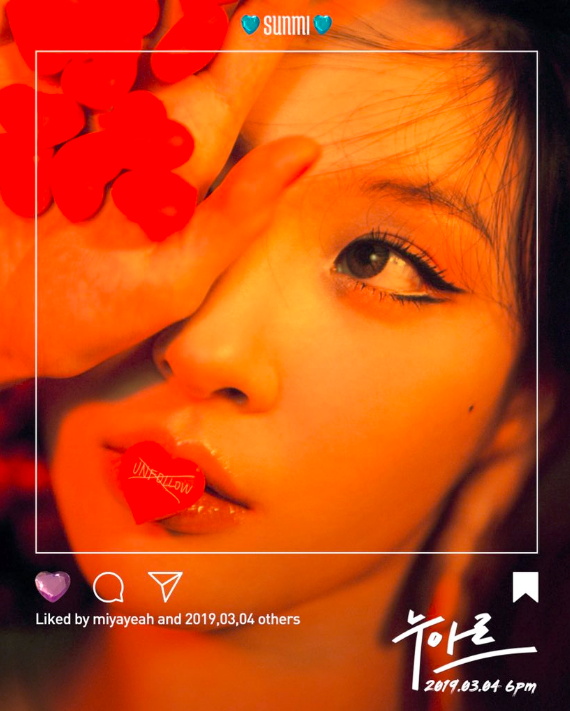 What do you think of the three concepts for Sunmi’s image teasers? What message do you think she’s trying to portray? Let us know in the comments below!