Super Junior had dropped a tiny snippet of their comeback schedule!

Super Junior had dropped a tiny snippet of their comeback schedule!

That is right! Super Junior has revealed a portion of the comeback schedule! This will be a November comeback with their 8th album! So, check out the schedule below! 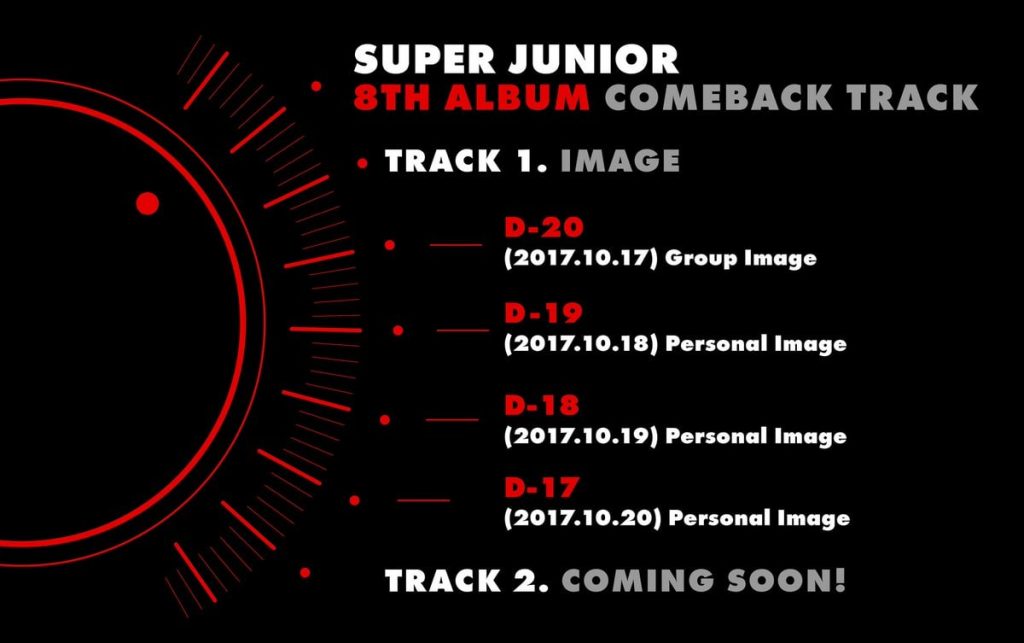 In this part of the schedule it shows that the first track is ‘Image‘. It will be they will dropping a group photo, as well as many personal image teasers! This will begin on October 17th until October 20th! Meanwhile, what follows is the second track which says ‘Coming Soon‘. It definitely builds up for what’s to come and fans can’t wait for the boys’ return!

Meanwhile, Super Junior will mark their return on November 6th. Are you excited? Let us know in the comments below!

Scroll for more
Tap
Fall in love with Solar in ‘Autumn Letter’ teaser!
MAMAMOO’s Solar has dropped a sneak peek into her ‘Lonely People’ track!
Scroll