On November 29th, Ryeowook from Super Junior released the track list for ‘Drunk on Love‘. Check it out below! 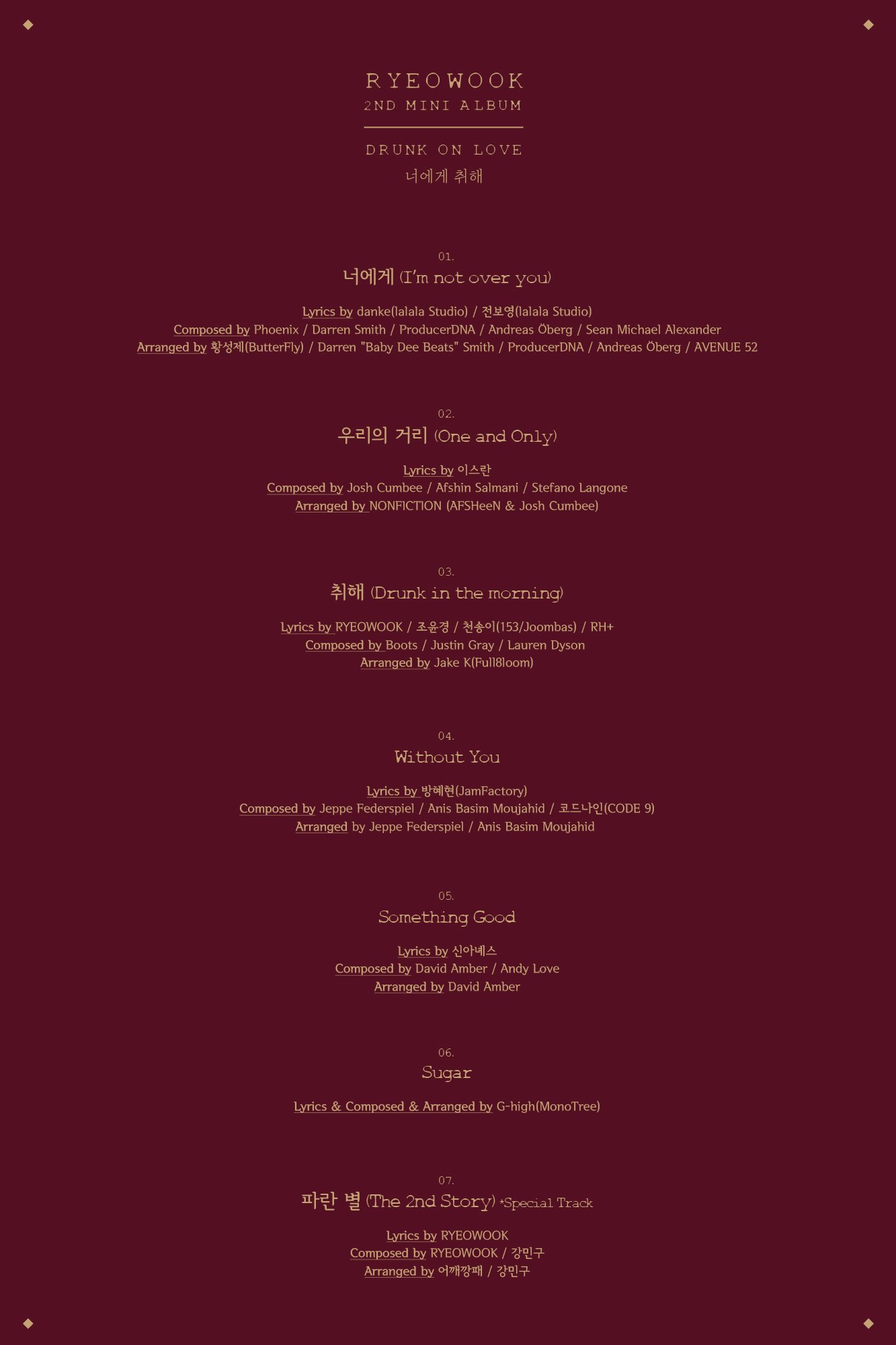 The mini album contains seven tracks, including his pre-release track ‘One and Only‘ a special track called ‘The 2nd Story‘. It is still uncertain on which track is the title track.

‘One and Only‘ is Ryeowook‘s pre-release track for his upcoming second mini album. He will make his solo comeback on December 10th with his second mini album ‘Drunk on Love‘. He debuted as a solo artist in 2016 with debut mini album ‘The Little Prince‘. Fans have been awaiting his solo return since then.

What do you think about Ryeowook‘s track list for ‘Drunk on Love’? Let us know in the comments below.