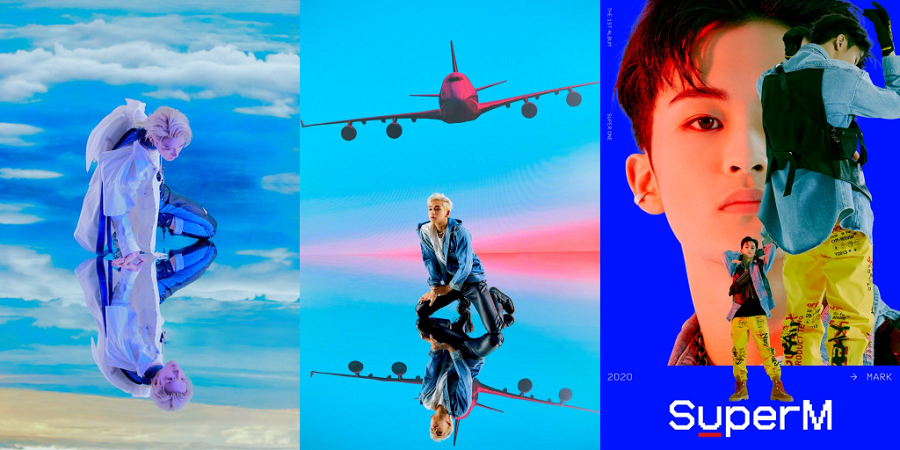 Between September 18th and 20th, SuperM released the individual cuts of members Ten, Mark and Lucas in the concept photos for their upcoming title track, ‘One (Monster & Infinity’. The track comes off the group’s 1st full album, ‘Super One’. Check out the photos down below!

In the photos, the three members look remarkable in their multi-coloured and textured outfits. The attire is mixture between street-wear and casual looks. Uses of a variety of materials such as leather, latex, denim and suede collectively create stunning outfits together. The members’ clean visuals then stand out against the vibrant shades they all adorn. The backgrounds the pictures are taken from also vary. With a mishmash of solid colours like blue and more subtle gradients between a lighter blue and fuchsia, the overall concept of this comeback is phenomenal to the eye, attracting the viewer’s attention.

‘Super One’ will contain a total of 15 tracks. These include this forthcoming title track as well as the previously released singles, ‘100’ and ‘Tiger Inside’. Both were released in August earlier this year. ‘One (Monster & Infinity) was already described via the group’s Twitter as a “Hybrid Remix track that expresses the determined will to overcome hardships without fear and reach higher”. Hence fans are thrilled to hear the group’s synergy with this mixed genre track.

Prior to these photos, the group released black and white unit concept photos. They will continue to tease their return with the remaining members’ individual shots till their comeback.

How do you feel about the boy group’s approaching comeback? Let us know in the comments below!