TEEN TOP pose with each other in unit photo teasers for ‘DEAR.N9NE’

TEEN TOP pose with each other in unit photo teasers for ‘DEAR.N9NE’

TEEN TOP have released a new set of unit teaser images for ‘DEAR.N9NE‘. The boys have released the ‘Solitary‘ version of the ‘Drive‘ teasers already.

The boy group will come back on the 4th of June. 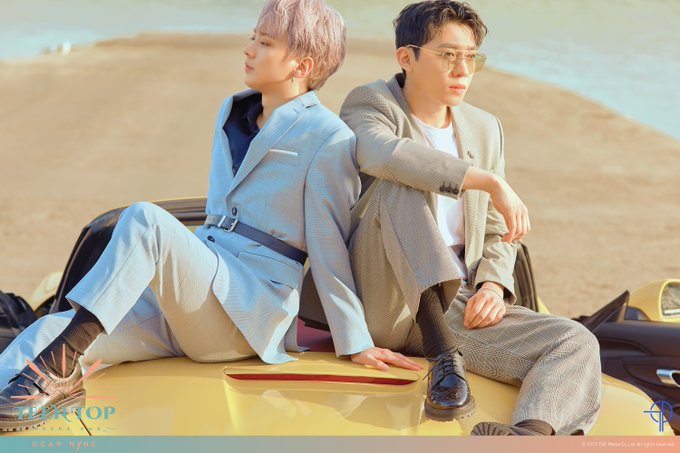 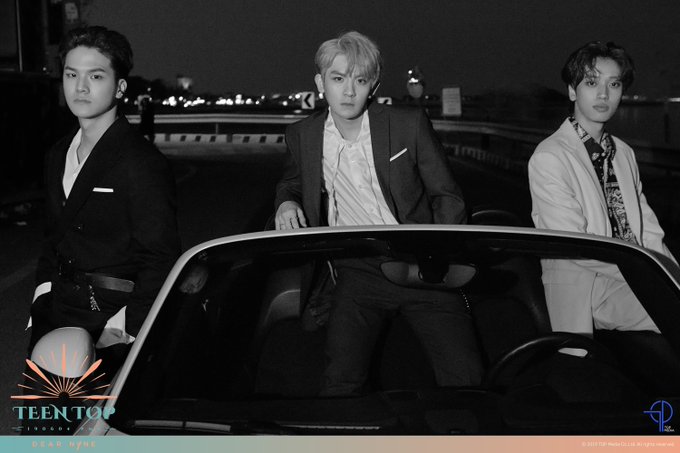 In the first unit picture Chunji and Changjo sit on top of their car. The two of them avoid looking straight into the camera and opt for staring into the distance instead. They both look suave in their grey suits with Chunji looking extra dandy with his black belt and Changjo with his glasses.

CAP, Niel and Ricky are grouped together in the second unit teaser. This time the members stare into the camera. Unlike the first unit picture which was taken during the day with lots of bright light, this picture shows only black and white. The three members are also wearing suits making them look very dandy and prim.

Did you like the images? Tell us in the comments below!