TheEastLight reveals the tracklist for their upcoming second mini album

TheEastLight reveals the tracklist for their upcoming second mini album

TheEastLight has dropped the tracklist for their upcoming second mini album, ‘I’d Fall In Love‘. So, check it out below! 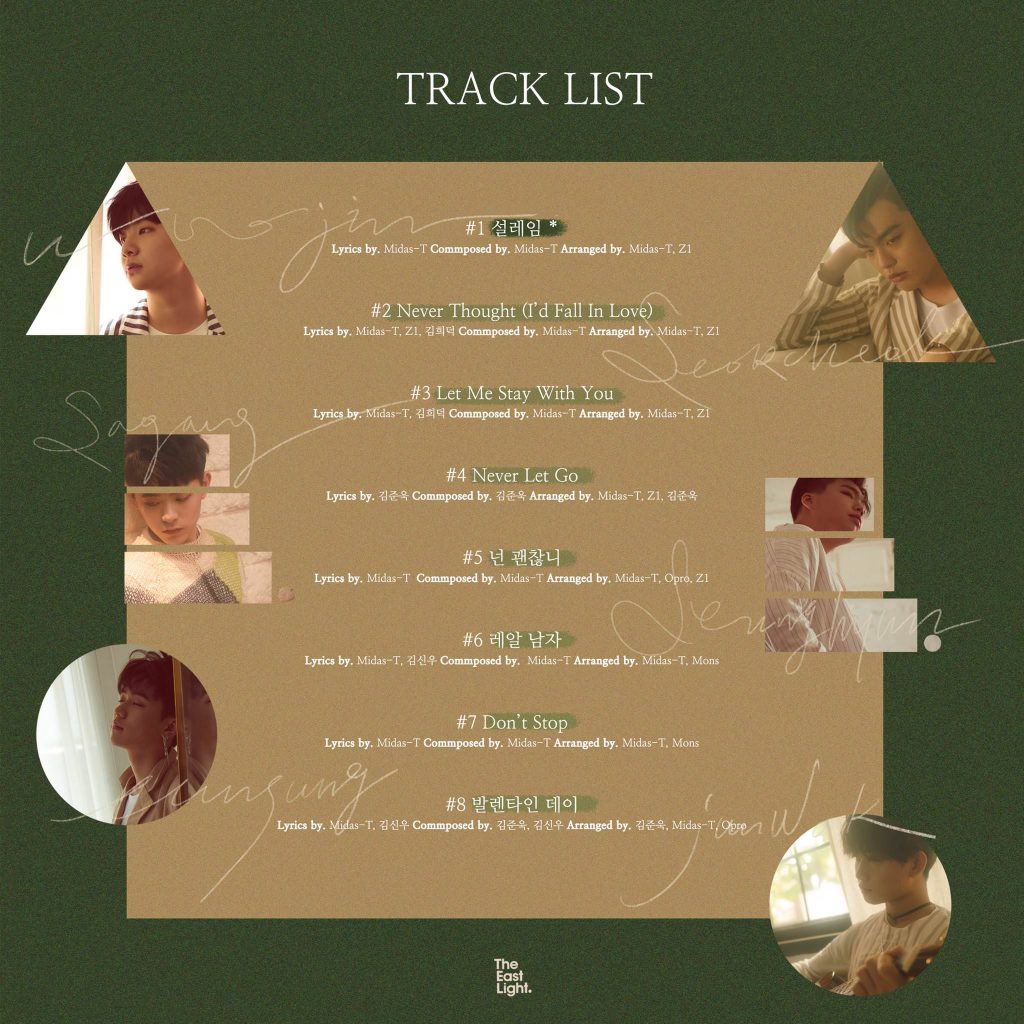 The final tracks on this mini album are tracks that they have previously released to the fans. Meanwhile, the newer tracks appear to be adopting a romantic yet cute vibe. Fans are surely in for a ride with a mini album filled with love!

Meanwhile, TheEastLight will make their return on May 24th. Which track are you looking forward to? Let us know in the comments below1