Ahead of return, Triple H has revealed the comeback schedule for ‘REtro Futurism‘. So, check it out below! 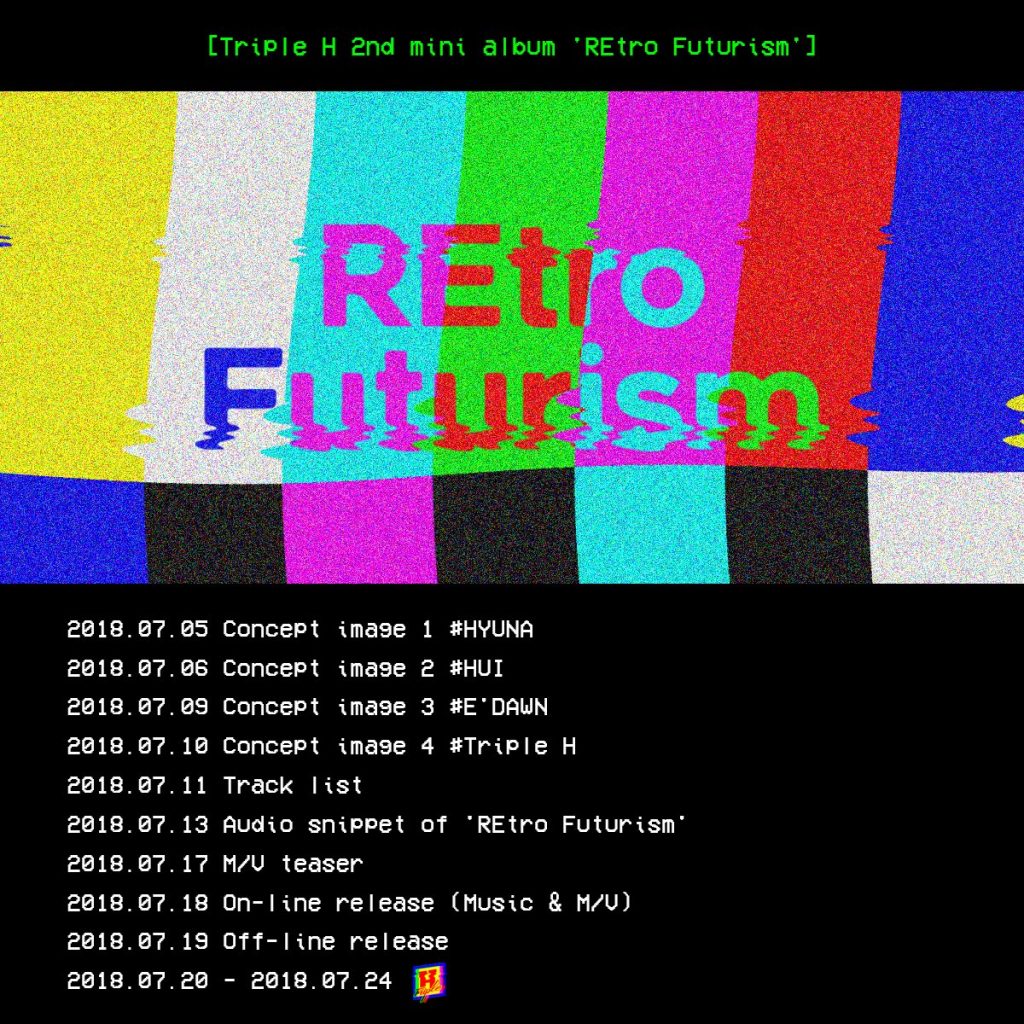 They will be revealing their individual concept photos on July 5th, 6th and 9th, finishing it off with their group teaser on July 10th. Following on is the release of their tracklist and audio snippet of the album on July 11th and 13th respectively. They finish the teasers with the MV teaser, which will be dropped on July 17th.

Triple H will drop their music video on July 18th, with the offline release on July 19th. It also appears that from July 20th to July 24th, it will be a Triple H special. It will be something you can look forward to!