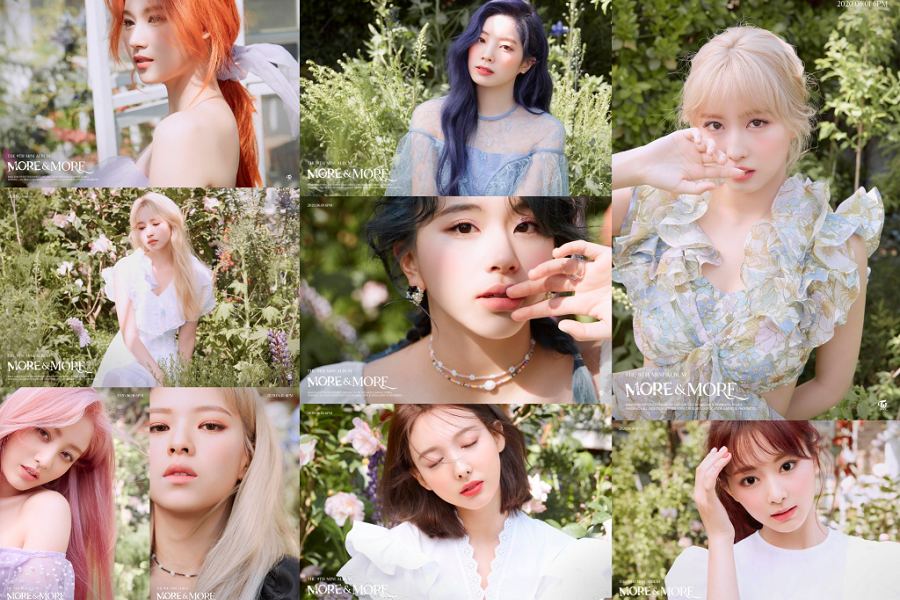 Between May 14th and the 23rd, TWICE has continuously released individual concept photos and films for their ‘More & More’ comeback. Check them out below!

The concept photos show the group in beautiful white, violet and blue dresses in nature. The fabrics used show a lightness to the concept and give off summery vibes towards this comeback.

In the concept films, as they get got released, there was a slow transition in the instrumental that was played in the background. There are some fun sounding synths and knocks that are typical of the group’s sound, as well as a rolling synth which also gives the instrumental and upbeat bright feeling. The members showed off their elegant visuals with wide and close-up shots, along with the natural sunlight that peeped into those films.

How do you feel about the group’s teasers so far? Let us know in the comments below!