On December 3rd, UP10TION released the track list for ‘Laberinto‘. Check it out below! 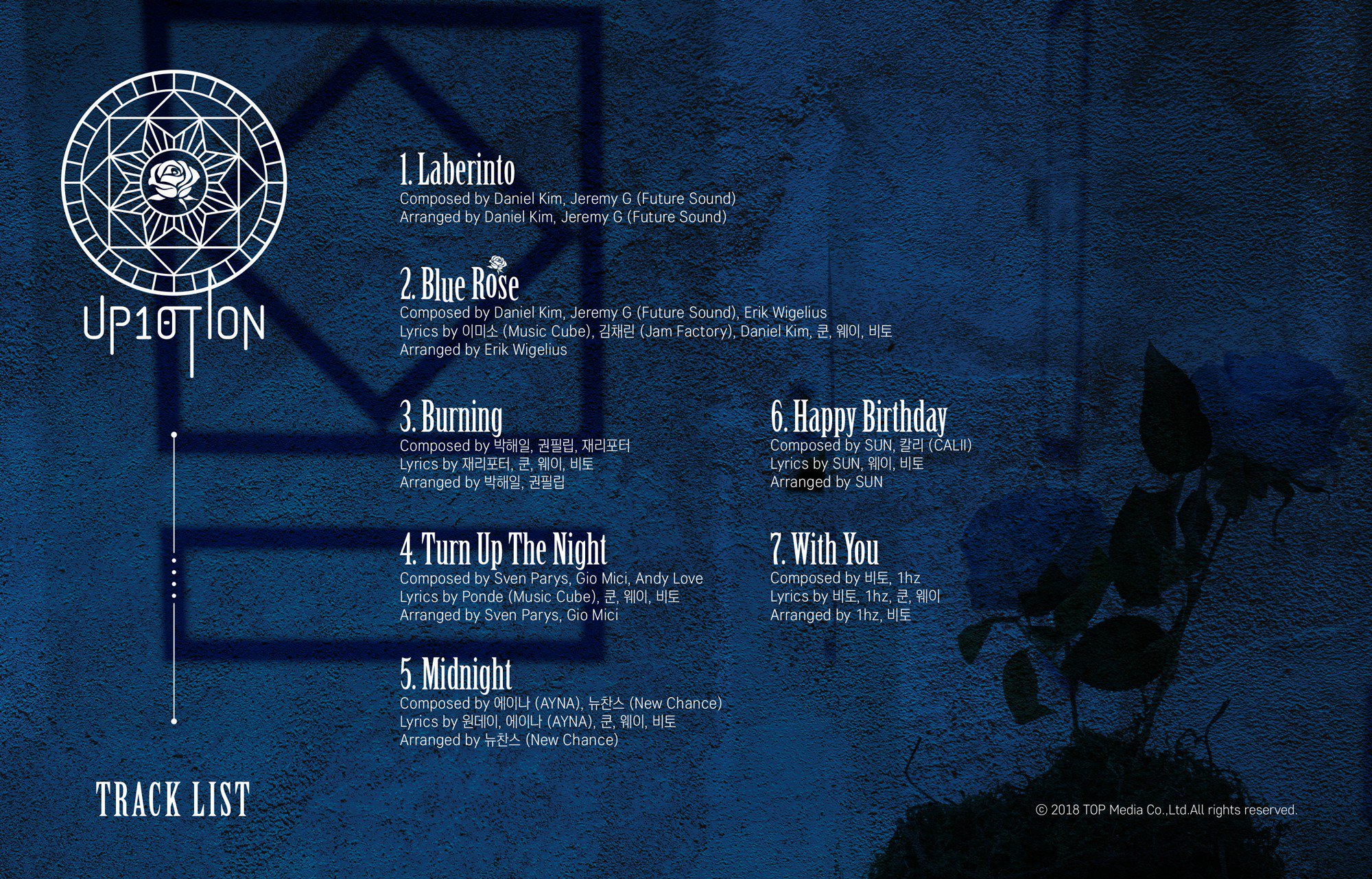 The album consists of seven tracks, including the title track ‘Blue Rose‘. They are: ‘Laberinto‘, ‘Blue Rose‘, ‘Burning‘, ‘Turn Up the Night‘, ‘Midnight‘, ‘Happy Birthday‘ and ‘With You‘. The image shows a dark atmosphere with the silhouette of a rose at the right-hand side. This matches the title track.

UP10TION will make their comeback on December 6th with new album ‘Laberinto‘ and title track ‘Blue Rose‘. The album has two versions: ‘Crime‘ and ‘Clue‘. It looks like this comeback will feature a mysterious detective concept that involves solving a mystery or crime. Stay tuned!

What do you think about UP10TION‘s track list for ‘Laberinto‘? Let us know in the comments below.