VERIVERY reveal tracklist for for ‘VERI-ABLE’!

VERIVERY reveal tracklist for for ‘VERI-ABLE’!

Rookie idol group VERIVERY have unveiled the tracklist for their upcoming album ‘VERI-ABLE’! 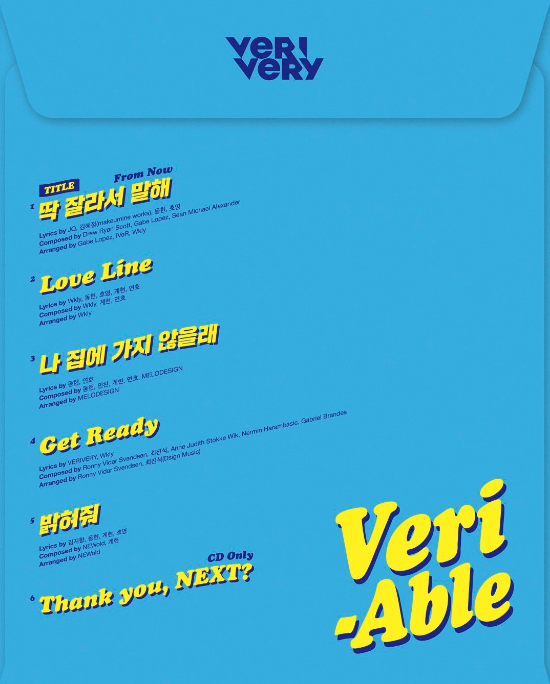 The album will consist of a total of six songs including, title track ‘From Now’, ‘Love Line’, ‘I Won’t Go Home’, ‘Get Ready’, ‘Light It Up’, and ‘Thank You, Next?’. ‘VERI-ABLE’ will be the boys’ second mini album, after debuting earlier this year with ‘Veri-Us’.

The album is set to drop on the 24th of April.

Let us know what kind of sound you are hoping to hear from the boys, in the comments below!

Scroll for more
Tap
NU’EST tell a fairytale in their ‘Happily Ever After’ in album pre-listening video
TXT continue with a more mature second MV teaser for ‘Cat & Dog (냥 version)’!
Scroll