VERIVERY to kick off 2020 with concept trailer, scheduler and teaser ahead of comeback! 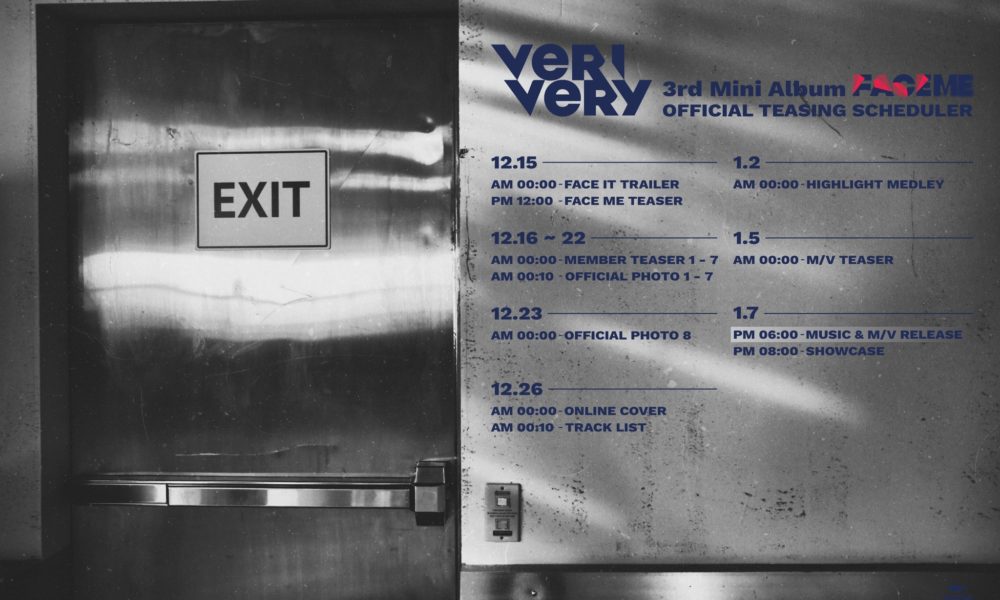 VERIVERY to kick off 2020 with concept trailer, scheduler and teaser ahead of comeback!

On December 15th, VERIVERY released a concept trailer, scheduler and teaser to their comeback, ‘Face It’ to kick off the new year. Check them out down below!

There is a lot going on in the concept trailer. From members letting go and falling, drawing and photos disappearing, fans can speculate about the theme of this comeback.

The teaser shows an empty dance practice room with a static-y display of the name of their new mini album, ‘Face Me’ and the group name.

The schedule shows fans will see member teasers from now till the December 22nd. Following, will be a group photo, track list, cover, highlight medley and MV teaser before the final release. VERIVERY will release their 3rd mini album, ‘Face Me’ on January 7th, 6PM KST!

This will mark the rookie group’s return in approximately 5 months from their previous single album release, ‘VERI-CHILL’ back in July. Are you prepared for the group’s comeback? Let us know in the comments below!