Wanna One has just released an image teaser for their first anniversary. Roughly one year ago, they had been formed on MNET‘s second season of ‘Produce 101‘. On August 8th last year, the hit boy group made their debut with their title track ‘Energetic‘, which was composed by Hui from Pentagon and Flowblow. They will be celebrating their first anniversary in only a few day’s time.

Wanna One is currently on their world tour ‘<ONE: THE WORLD>‘. They have just performed in Bangkok, and their next stop is Melbourne on August 17th. Their concert will take place at Hisense Arena at 7:30 pm (Melbourne local time). Prices of tickets range between $160-$365 AUD. You can purchase tickets here. 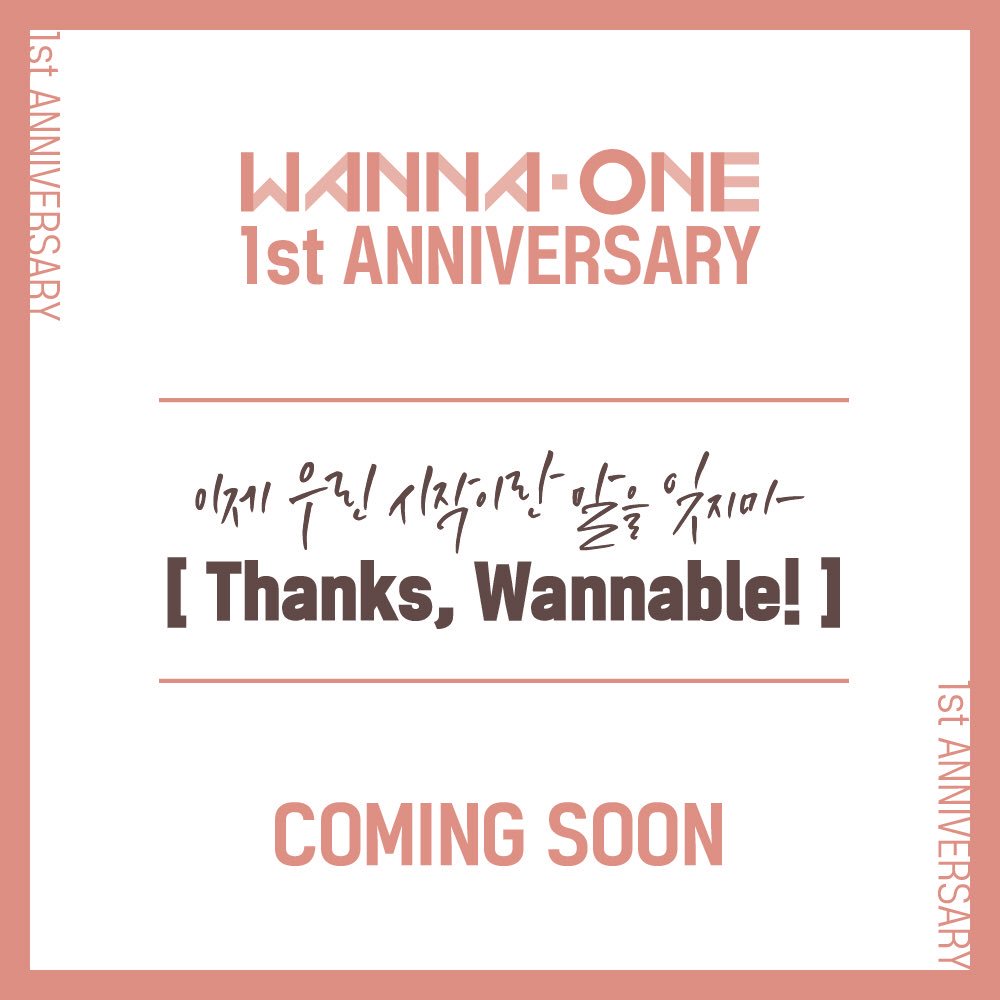 The image teaser does not give fans many hints about what Wanna One is preparing. It will surely come as a surprise to fans. The teaser contains the text “Thanks, Wannable!” and also “COMING SOON“. Fans can expect more from the group in the coming days.

Are you anticipating what Wanna One is preparing for their first anniversary? Let us know in the comments below!