Woo Jinyoung and Kim Hyunsoo continue to drop teasers for their upcoming special mini album, ‘Present‘. This is seen as an album that is dedicated to their fans for their continuous support during their time in ‘Mixnine‘. So, as a gratitude gift, they have presented fans with this gift. So, check out the latest teasers, as well as the tracklist below! 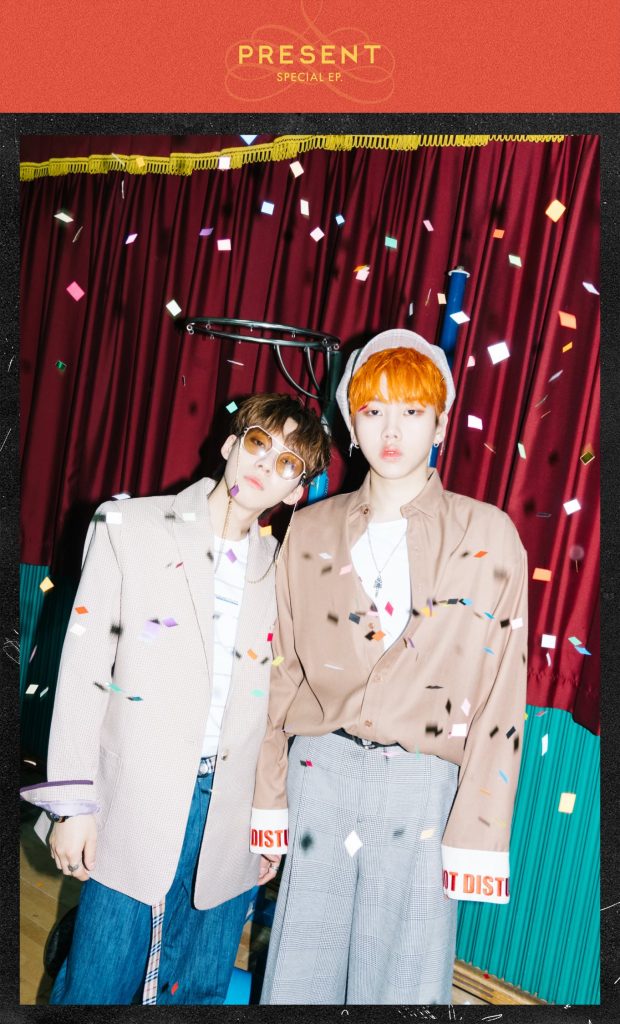 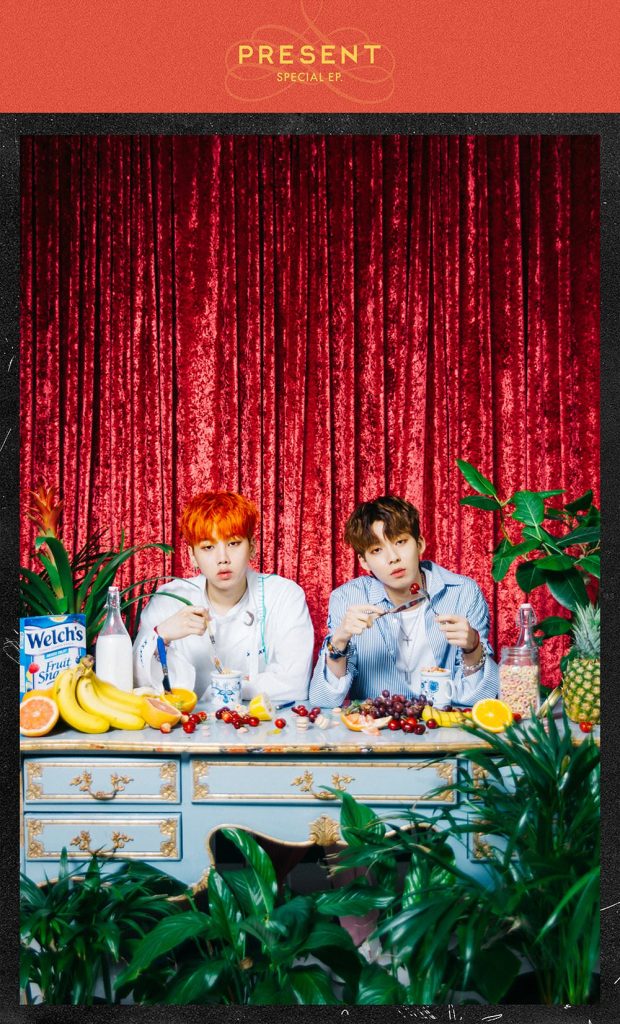 As we have previously seen with their individual teasers, the boys once again pose in front of the lovely silky red curtains. This allows the flash to really stand out and give their images a brighter look. They uniquely pose in front of a hoop with confetti drizzling down. Their facial expressions are blank and serious, making the whole image a whole mismatch! Meanwhile, in the other group teaser, they are seen posing with fruits again. However, this time we get to see them both in the same image! They still have the same facial expressions, making it super irresistible to look away. 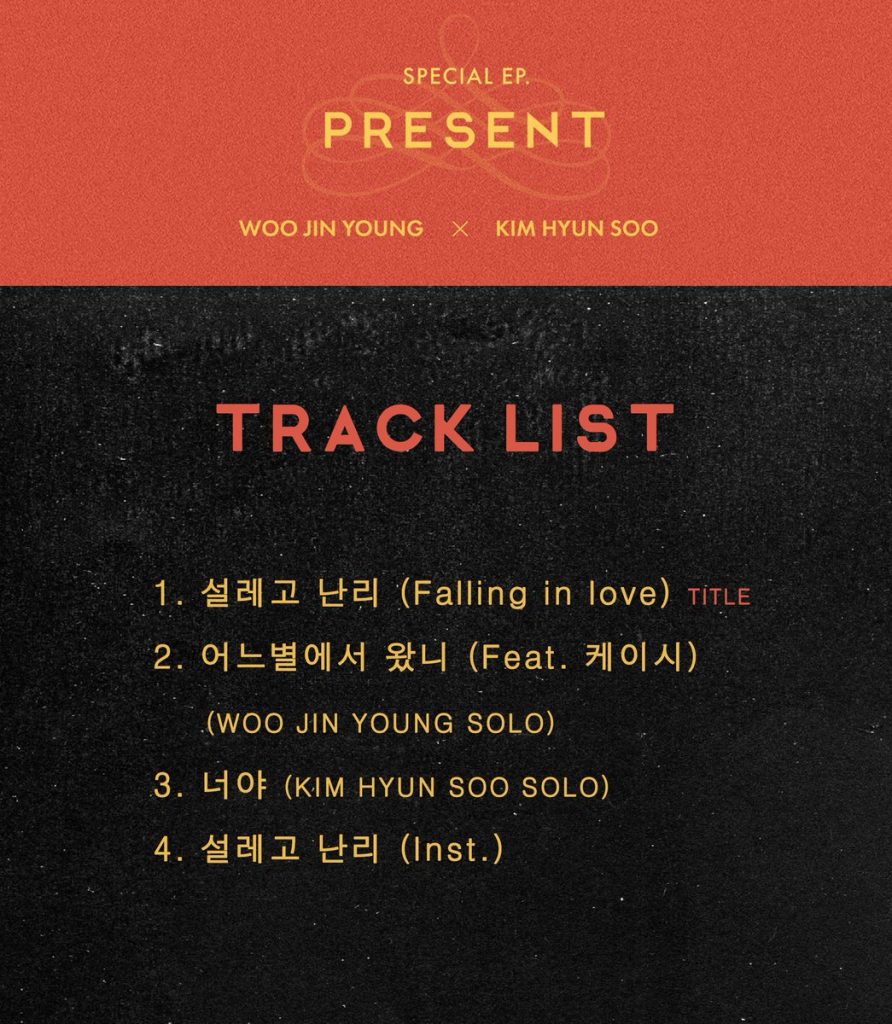 There is a total of four tracks including the title track, ‘Falling In Love‘ and its instrumental version, Woo Jinyoung‘s solo track, ‘Which Star Are You From?‘ and Kim Hyunsoo‘s solo track, ‘It’s You‘.

Meanwhile, they will reveal his mini album on June 14th. Are you excited? Let us know in the comments below!

Scroll for more
Tap
Donghan prepares for his debut with his debut schedule!
DPR LIVE is ready to make his return with ‘PLAYLIST’ with new image teaser
Scroll
Loading Comments...