As Happyface Entertainment had promised, trainee Woo Jinyoung and Kim Hyunsoo will be releasing a special mini album. This is a ‘Present‘ to the fans who have continuously supported the two when they have competed on JTBC‘s ‘MIXNINE‘. So, to get fans excited, they have revealed the release schedule. Check it out below! 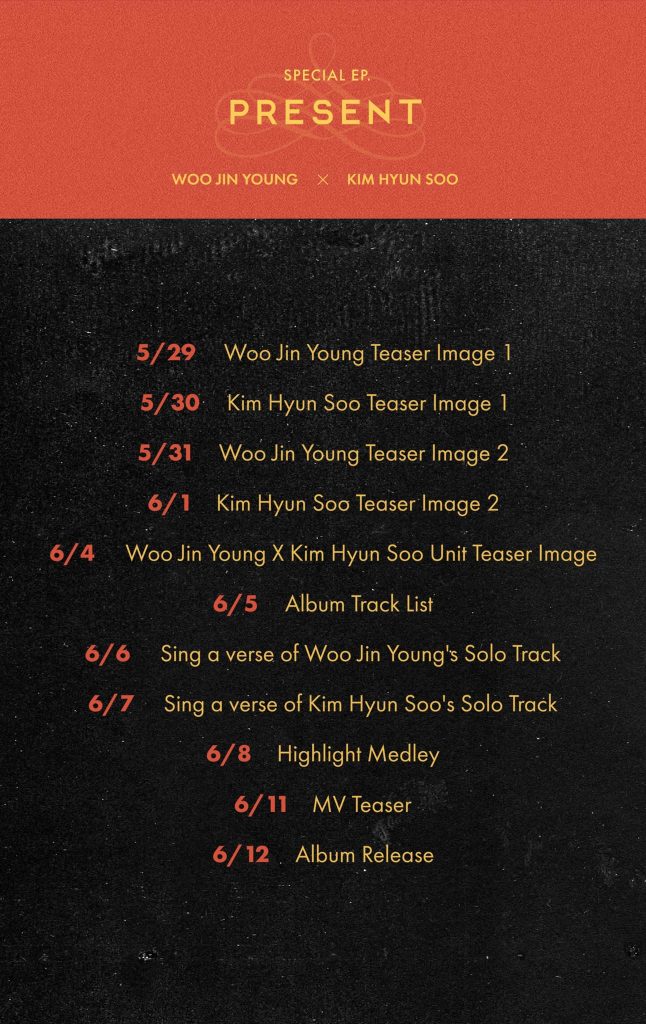 They have prepared many teasers leading up to its release. They will release Woo Jinyoung and Kim Hyunsoo‘s first teaser on May 29th and 30th. Following on will be their second individual teaser, which is scheduled for May 31st and June 1st. They will also have a group unit teaser which is set to release on June 4nd.

They will reveal the tracklist on June 5th with each member singing a verse of their solo track on June 6th and 7th. Finally, to mark the end of the teasers, they will drop their highlight medley and MV teaser on June 8th and 11th respectively.

Woo Jinyoung and Kim Hyunsoo will release their special mini album, ‘Present‘ on June 12th. Are you excited? Let us know in the comments below!