The short clip was posted to Crown J’s Instagram; you can see the various programs involved in creating the chill track.

Crown J teamed up with Fly Boy Entertainment’s producer 100, to create the track, which is said to have a sexy appeal! Find out for yourself when ‘Don’t You Worry’ drops on December 23. 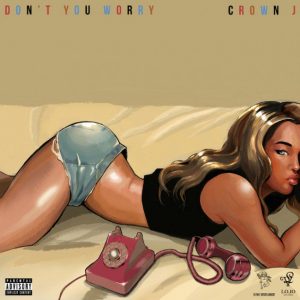