Apink reveals the tracklist for ‘ONE & SIX’

Apink reveals the tracklist for ‘ONE & SIX’

Apink has revealed the tracklist for their upcoming seventh mini album, ‘ONE & SIX‘. So, check it out below! 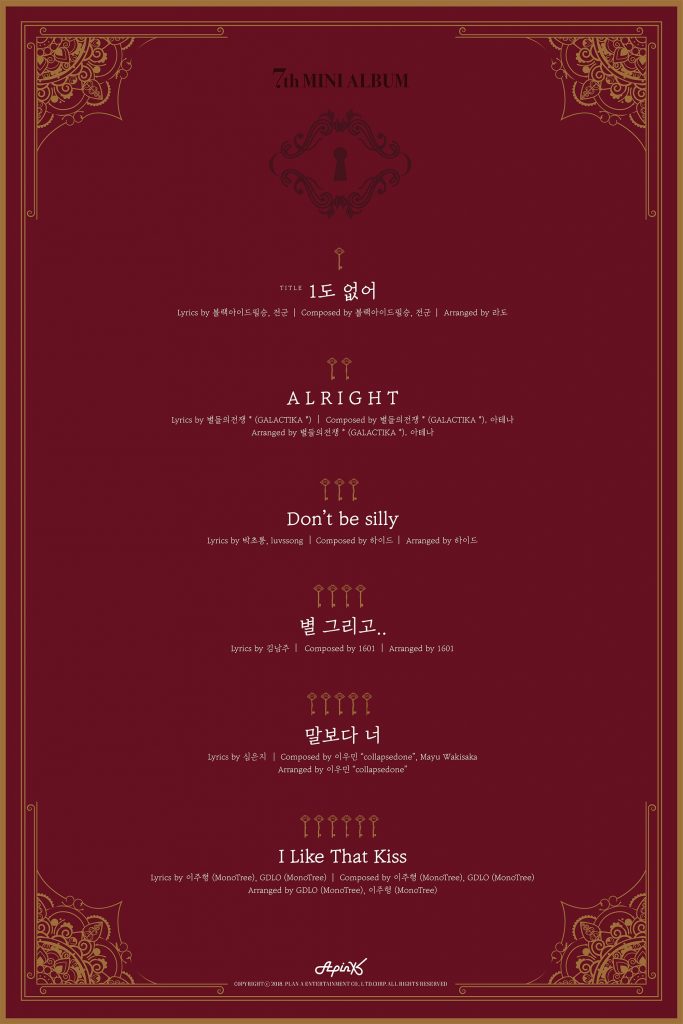 This album will have a total of six tracks including the title track, ‘Not Even One‘, ‘Alright‘, ‘Don’t Be Silly‘, ‘Star And…‘, ‘You Than Words‘ and ‘I Like That Kiss‘. It will be interesting to see what these tracks will sound like. From the way the image has been constructed, it gives off his formal and elegant vibe that will fit amazingly well with each member. However, at this stage, it is still a mystery as to what concept they will be doing.

Apink will reveal their group concept photo on June 20th. Meanwhile, they will make their hot return on July 2nd. Are you excited? Let us know in the comments below!

Scroll for more
Tap
Minseo goes strong for latest ‘Is Who’ teasers
MOMOLAND releases the album cover for ‘Fun To The World’
Scroll
Loading Comments...