Apink‘s Eunji has dropped the tracklist for her upcoming solo album, ‘Hyewa‘. So, check it out below! 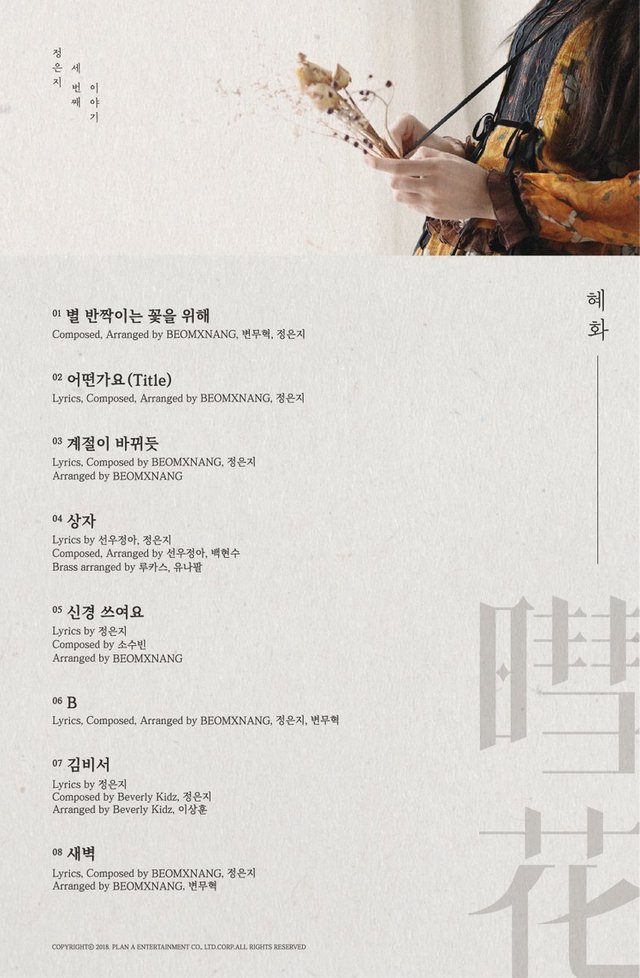 So, this album has a total of eight tracks including the title track, ‘How Are You?‘, ‘For The Flower That Shines Like A Star‘, ‘Like A Season Change‘, ‘Box‘, ‘Noticeable‘, ‘B‘, ‘Secretary Kim‘ and ‘Dawn‘. From the list of those who have helped composed, written and arranged her tracks, it looks like we may be getting more beautiful solemn fall ballads that will bring out the best in her voice. One can’t wait to be blessed by her vocals again! Fans are also hoping for more emotions from her track, touching many hearts.

Meanwhile, Eunji will make her hot solo return on October 17th. Which track are you looking forward to? Let us know in the comments below!

Scroll for more
Tap
Upcoming boy group ATEEZ asks “Will You Be My Friend?’ in first image teaser!
MAMAMOO prepares for Japanese debut with an MV teaser
Scroll