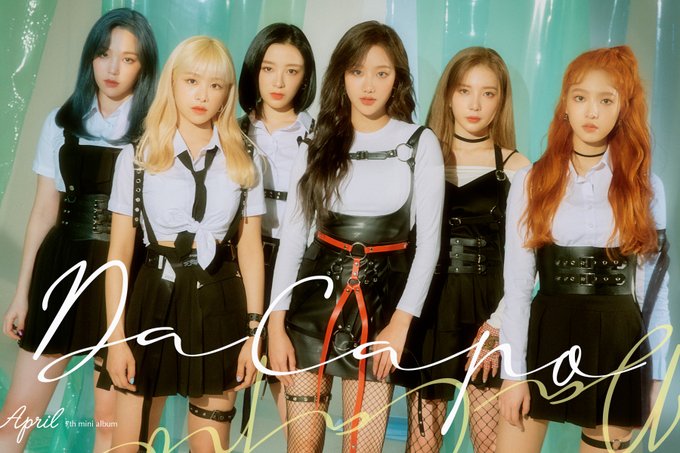 On April 12th, APRIL started dropping individual and group teaser images for the group’s 7th mini album, ‘Da Capo’, alongside its title track, ‘LALALILALA’. Four days later on the 16th, the girl group released the albums’ track listing. Check them both out below!

The members are taking on more chic looks with this comeback. The use of leather outfits which contrast the members’ clean fresh makeup and visuals create a unique charm. This chic side is further seen the white suit outfits of the group, as they exude their more serious expressions in the photos.

Moving on to the track list, the album will contain 6 tracks. A thing to note is that the last track, ‘Time Difference’ (literal translation) will only be available in the physical CD copy only.

This comeback marks a long-awaited return for the group as their last Korean comeback was back in October 2018 with their 6th mini album, ‘The Ruby’ which was promoted with the title track, ‘Oh! My Mistake’.

How are you feeling about APRIL‘s comeback? Let us know in the comments below!

Scroll for more
Tap
GOT7 get classy in MV teasers for ‘Not By the Moon’
CHUNG HA drops a simple minimalist scheduler for her 1st pre-release single!
Scroll
Loading Comments...