April to make a comeback with ‘Eternity’ + begins to drop teasers

April to make a comeback with ‘Eternity’ + begins to drop teasers

April recently announced that they will be making their comeback this month. The girls will be returning with a new album, ‘Eternity‘. To get fans excited, they have dropped the first teaser. So, check it out below!

Even though the image doesn’t reveal much, one thing for sure is that this comeback will be filled with elegance and beauty. The beautiful pink gold colour used as the mosaic for this image really looks beautiful. 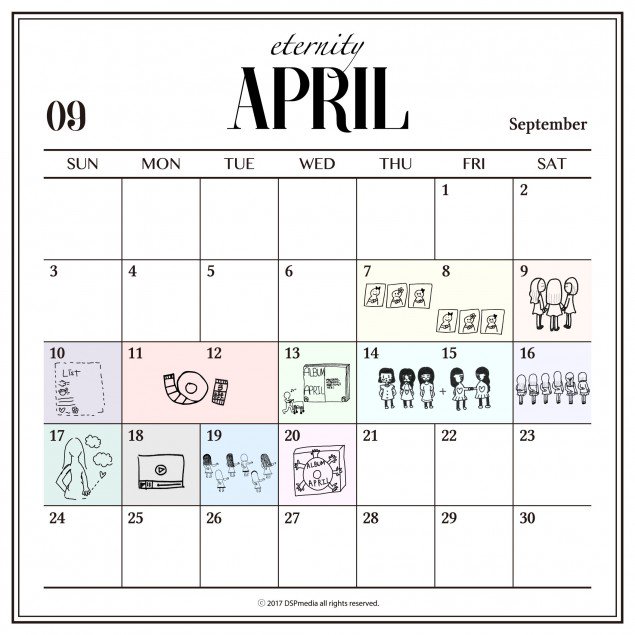 The girls have also dropped the comeback schedule, showing it in quite a unique way. It presents a calendar with adorable images shown. On the calendar, it shows that the image teasers will be dropped on September 7th and 8th, the tracklist on September 10th and the album pre-order starting September 13th.

April will also drop the highlight medley on September 18th and the music video teaser on September 19th. The girls have prepared something for each day starting from September 7th to September 19th! Can you guess what each cute cartoon represent in terms of teasers? Let us know in the comments below! 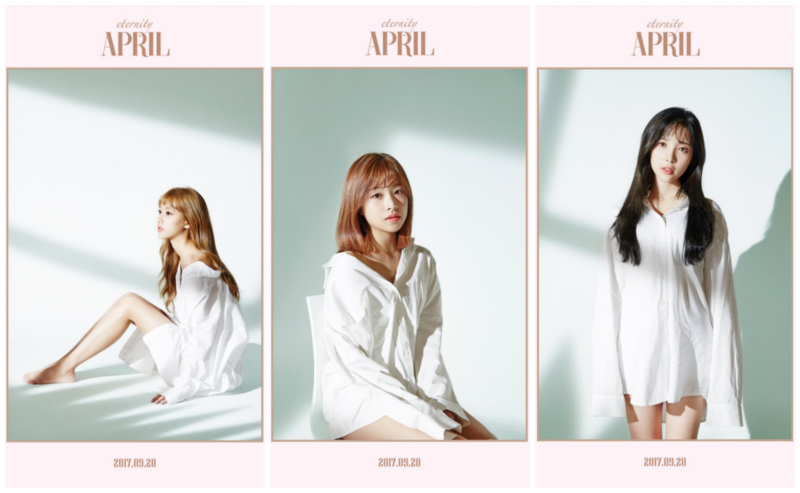 As expected, the girls have dropped the first set of image teasers. It is of Naeun, Chaekyung and Chaewon. All this girls are dressed in an oversized white shirt. Each member is looking beautiful in the nature light.

It definitely has fans quite excited to see what the girls will showcase this time around. This will also mark their comeback in three months since ‘MayDay‘.

April will be returning on September 20th! Are you excited? Let us know in the comments below!

Scroll for more
Tap
GOT7 greets us with the first UNIT teaser for their second Japanese mini album ‘Turn Up’
Gfriend looks lovely in the ‘Summer Rain’ MV teaser
Scroll
Loading Comments...